Switzerland-based cryptocurrency bank SEBA is now officially offering its Swiss customers accounts which handle digital as well as traditional, dubbing itself as “the first bank to focus on digital assets”. 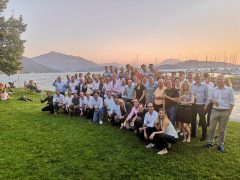 Following the win of its banking licence from the Swiss Financial Market Supervisory Authority (FINMA) in August 2019 and a one-month test phase, the bank says it can now “make history” by offering expertise in digital assets with a reputed supervisory authority behind it.

Customers can invest, store them, trade and take out loans with digital assets.

“The start of operations as the first bank to focus on digital assets is another milestone,” says the bank’s CEO Guido Bühler, who feels SEBA’s time to market is in itself a milestone.

“Our customers should be able to take full advantage of the opportunities offered by the new asset classes without having to sacrifice security,” Bühler adds.

The bank says in its statement that it is “building a bridge between the traditional banking world and the new crypto/digital world,” assuring customers it will be a secure offering because of its investments into security development and its own security priorities.

“Secure custody of digital assets is a critical success factor for the new bank,” the bank reiterates in its statement.

Founded 18 months ago and with CHF 100 million (US $100.5 million) raised in capital from investors, the bank’s services are aimed at asset managers, pension funds and professional private investors, as well as other banks.

The bank says it has also planned to offer this service to “selected foreign jurisdictions” in December 2019.