South African-founded fintech Revix, a cryptocurrency bundle service which allows people to invest in more than 80% of the market, says it’s targeting women as well as men to invest in digital assets.

In a bid to change its current customer base which is made up of just 8% women, Revix tells FinTech Futures it will be sponsoring the finance arm of Future Females in 2020, a platform which inspires female entrepreneurs. 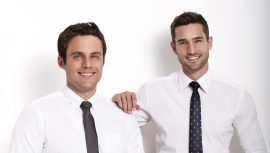 “It’s an important area to address,” says co-founder Sean Sanders. “If women aren’t investing or earning capital gains, then this just perpetuates the gender wage gap. Why aren’t women’s help magazines including an investment section? Why aren’t there investment adverts for women?”

The fintech is also taking it upon iself to make cryptocurrency investments seem “a lot more responsible”. Fellow co-founder Louis Buys hopes that this will not only make digital assets a more attractive prospect to female investors, but also pull in more investors for Revix itself who may have previously judged it to be an “immature market”.

“We want to change the outlook of crypto,” says Buys, “we don’t want to be associated with any of the gambling or ‘get rich fast’ approaches – instead, we want people to make stable financial decisions through crypto”.

Inspired by ‘mainstream’ fintechs which have lowered cross-boarder transaction fees and taken away the need for consumers to heavily research all their financial decisions, Revix wants to achieve something similar in the cryptocurrency world.

Revix taps into the majority (80%) of the cryptocurrency market by offering bundle investments. At its simplest, it offers the ‘top ten bundle’, which covers the largest ten cryptocurrencies with equal weight.

But you can also choose slightly more specific bundles. The ‘payments package’ spreads itself across the likes of Bitcoin or Ripploe – “money 2.0s” as Buys put it. Or retail investors can focus more on blockchain infrastructure providers such as Tron and EOS by choosing the ‘platform package’.

Launched in March this year, Cape Town born-and-bred Sanders and Buys share a combined experience in venture capital and technology start-ups. Having now launched in the UK as of last month, the co-founders are confident everyday retail investors are open to their proposition.

Whilst the start-up is too new to analyse its market success or reveal exact adoption rates, Buys revealed the platform does already have “thousands” of customers and intends to eventually move into wealth management sector.

Read on: Cryptocurrencies and the critical vulnerability of a 51% attack