The Association of German Banks (Bankenverband) has fired shots at Facebook’s Libra project, publishing its argument for a digital euro which avoids global first mover companies from securing a monopoly. 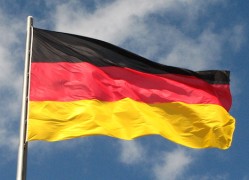 Europe has to compete, says Bankenverband

Calling Libra’s private cryptocurrency vision “deceptive” and a threat “to macroeconomic stability” which should not come to fruition, Bankenverband puts forward its case for a “programmable digital money on a European basis” which is led by central commercial banks and politicians, i.e the state.

“Europe has to compete in this competition so that the global financial architecture does not polarise between American or Chinese solutions,” the paper reads, noting China’s u-turn on cryptocurrency which saw the state ban anti-blockchain sentiment and show interest in developing its own digital currency.

The paper is clear on how this digital euro should be “technology-neutral” – in other words, banks should be treated the same as banking services, leveling the playing field which Bankenverband, representing 200 private commercial banks and eleven member associations, already feels is severely imbalanced.

In the association’s eyes, this fairer approach will protect banks “in extreme cases” where consumers might shift their savings to foreign currency and turn away from traditional financial partners, leading banks to lose some of their direct funding.

Calling for one common regulatory standard across Europe, Bankenverband feels this approach will avoid the market segmentation and exchange rate movements caused by national, country-by-country regulation which could “potentially prevent the benefits of digital money […] being used” all together.

When it comes to blockchain and distributed ledger technology (DLT) regulations, the association says there is no need for new legislation – rather, existing law should “be clarified to cover DLT solutions in order to prevent regulatory gaps”.

Aside from industry competition and regulation, the paper also focuses on the protection of the consumer. It says digital money will need to be classified so as to gain confidence from the public in it. Currently, the confusion shrouding whether it is a currency or an asset affects things like its VAT bracket.

Concerns regarding anti-money laundering (AML) and fraud happening on the blockchain are addressed in the paper too. It states that “a European identity standard is necessary”, that “a sound data protection concept” needs to be instilled and that “existing (consumer) protection standards must be observed”.

As for protecting banks, Bankenverband brings up the repayment risk with stablecoins, where there is “a noncommittal promise to stabilise the book value of the reserves”.

This is why the paper states there needs to be an obligation to accept the digital euro it proposes, to reduce risks to liquidity. Solutions such as deposit insurance are listed as a must.

The publication of the paper follows German finance minister Olaf Scholz’s voiced advocacy for a digital euro, echoing the sentiment of not wanting to be left behind the US or China.