Dutch bank ING has announced a “blockchain breakthrough” which will enable it to make transactions on R3’s open source blockchain platform Corda more private and secure. 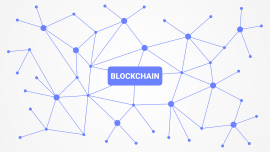 Its distributed ledger technology (DLT) team has managed to evaluate transactions on the blockchain and brand them as ‘valid’ or ‘invalid’ without revealing anything else about them, calling it a “zero knowledge proof notary service”.

Currently Corda can only validate a transaction if the notary sees the contents, says ING’s blockchain programme director Mariana Gomez de la Villa, who highlights the lack of privacy until now in the proof process.

But if you wanted complete privacy then you couldn’t proof the transaction, “which creates a security risk where the notary could sign off the wrong transaction if a malicious participant builds an invalid transaction,” says Gomez de la Villa.

Privacy is often a priority for participants on the open source blockchain because it protects them against double-spends, an attack where someone could spend the same asset twice.

Cryptocurrency has been a big area of research and interest for ING. This week CEO Ralph Hamers spoke out about Facebook’s struggles with regulating Libra.

He warned the social media giant that banks could drop it as a customer if it doesn’t address regulatory concerns, telling the Financical Times that the “gatekeeper[s] to the financial system” – i.e. banks – will weigh up whether they should “exit the client” over risks of money laundering and other financial crime taking place on its blockchain.