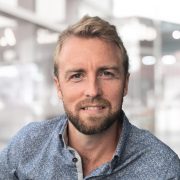 Haywood boasts 20 years of experience in the tech space and has previously held sales and senior leadership roles at major players including Cisco and IBM. He was most recently senior vice president, EMEA at fellow conversational AI firm LivePerson, a role he held for three years.

He also previously spent eight years at software giant Salesforce, where he helped lead the firm’s Service Cloud operations initially in the UK, and then across Europe.

Speaking on the move, Selsås, who was actively involved in the selection process, says: “This change in leadership is a natural step in the next growth phase for Boost.ai.”

He adds Haywood’s “outstanding track record” made him a “natural candidate for this key leadership role”.

Headquartered in Stavanger, Norway, Boost.ai’s tech enables businesses to automate customer service and internal support channels. The company says it can maintain resolution rates “above 90 percent” and claims firms such as Telenor, DNB and Silvercar by Audi as customers.