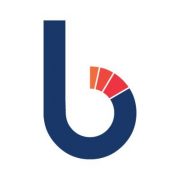 Founded in 2018, Buckzy enables real-time cross-border payments and Banking-as-a-Service (BaaS) capabilities through an embedded finance platform. Buckzy went live in 2020, and since then it claims to have added over 140 customers to its client roster, including traditional banks, neobanks and fintechs.

Buckzy disburses funds to over 80 countries, including the UK, India, the EU, the Philippines, UAE and more. It also recently expanded its network in Latin America, covering Argentina, Brazil, Chile, Colombia, Guatemala, Honduras, Mexico and Uruguay.

The fintech firm says it plans to use the fresh funding to enter new markets and further expand its product offerings.

Buckzy also recently appointed Seema Rai Nair as its new vice president of customer success and network expansion. In her new role, Rai Nair will be responsible for expanding Buckzy’s global network of partners, including banks and other financial service providers, fintechs, businesses and e-commerce platforms.

Cameroon-based fintech company Ejara has bagged $8 million in a Series A funding round led by Anthemis Capital and Dragonfly Capital.

Founded in 2020, Ejara offers an investment and savings mobile app that allows users to buy cryptocurrencies, earn interest on savings and make instant payments via the lightning network.

Australian regtech company FrankieOne has secured $15.4 million (AUD 23 million) in a Series A+ funding round led by Airtree Ventures and Greycroft. 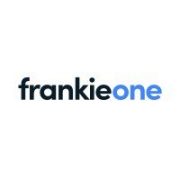 With the new funding, FrankieOne has now raised more than $30 million (AUD 45 million) in total capital, which it claims is the largest amount raised by an Aussie regtech.

Founded in 2017 and based in Melbourne, FrankieOne offers a compliance, identity and fraud detection engine that helps banks, fintechs and other firms onboard and protect their customers. Its features include know your customer (KYC), biometrics, ID verification, know your business (KYB), anti-money laundering (AML) and counter terrorism financing, compliance, transaction monitoring and fraud prevention.

With the new funding, FrankieOne plans to grow its presence in Asia Pacific and North America.