Why do we keep hearing that recession is looming? 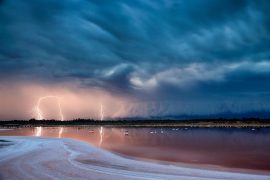 The market will contract. This will get hard. Help, and where you can, hire.

It is no longer standing over us threateningly. It is very much doing its worst.

It may get worse, I hear you say. Don’t jinx it. This is bad, but is it its worst? And the answer is: you are right, of course. It may very well get worse before it gets better. But we can agree that it’s not looming anymore. It’s doing its thing.

Our money doesn’t go as far.

The supply chain is a problem and there is scarcity of basic goods.

People are cold and hungry in a way that feels Dickensian.

And it may get worse as redundancies (the impact of which is yet to be felt) have started in a pretty major way across all industries, but most spectacularly ours. Boom and bust. We don’t do things by half, do we?

Are all those things interconnected?

Simultaneously, it is equally fair to say that they are currently complicating each other and complicating our lives through compound effects.

OK. Fine. So there’s recession and multiple layers of misery, an arid funding landscape, redundancies, contraction and a cost of living crisis. Tell us something we don’t know.

No dice. You don’t come to me to tell you things you don’t know. You come to me to point out the importance of things you do know but may have overlooked, forgotten or been distracted away from because the world is going to hell in a handcart.

Here it is. A list of things you already know but may need to remember.

Hear me out here.

There are a lot of loss-making companies out there. And I mean a lot. Tens of thousands rather than dozens levels of ‘a lot’. They are funded though, and they survive because that’s the game we’ve been playing for the last few years. It was never going to be up and up all the way and although the manner in which it’s happening is a little more painful than anyone would have wished (OK, a lot more painful), the fact remains that emerging from this we may have more focused products, sustainable businesses and a shift away from the cultural tropes that got us here. You know… the hustle culture of ‘grow or die’ rather than sustain and thrive and whatnot.

That said, I am under no illusion that the crisis will separate the wheat from the chaff.

A lot of very good ideas will go under.

Businesses that don’t necessarily ‘deserve to’ whichever way you define this will survive.

I have no doubt.

It is sadly the way of the world.

“Life ain’t cricket,” as one of my old university friends used to say.

“What the hell does that mean?” asked the then recent immigrant (me).

“Life isn’t fair. The rules don’t apply the way they should, like in cricket.”

Is it true, is it not true? No idea. I can’t fathom cricket for the life of me, but the phrase stuck.

And exactly because life is not fair and things are bad and bad things will happen to people who don’t deserve them as often as not, I would like to leave three thoughts with you. Not because I am under the illusion that individual acts of resistance, compassion and integrity can turn the tide or shield communities in all this.

Even I, the queen of ‘be the change you wish to see’ will admit that this one is too big for individual actions to divert.

That’s no reason to not act, though.

So here it is.

Don’t dance around shouting IN YOUR FACE in the vague direction of your competitors’ offices.

Reflect on what the time you now have can be spent on, so that you can emerge with a more stable, sustainable business.

Your survival isn’t a proof point in itself – don’t treat it as such. If you do indeed survive (and look… many won’t but most will… so this is apt advice if you choose to take it), emerge from the storm and kick the tires. Learn from this. Even if survival was luck this time, make it not so next time.

People are losing their jobs. The market will contract. This will get hard.

If you have vacancies in your team, look at them in a way that may spread the love. I am not saying hire people you don’t need. I mean hire smart. Both because there is long-term value in helping your community and because the smart operators will salvage talent like crazy now.

I repeat: the smart ones will hoover talent up right now.

What I am saying is, these behaviours are about to get a lot worse. And this is your third and last call to action for today: don’t let them.

If they are in your gift to stop, stop them in their tracks.

If they are peers and colleagues you have no direct influence over, then call them out. Call out the lie. Call out the passive aggressive nonsense. Call out the selective amnesia. I am not saying that calling it out will make it stop. It probably won’t.

But this crisis won’t last forever. And people will remember who held onto their integrity when times got rough and who didn’t.