This week just gone, I met John Siracusa for the first time. 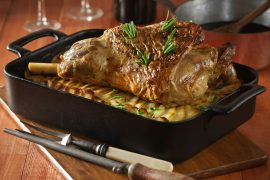 He helped me do a sound check for an upcoming podcast and rather than having me say ‘one-two-one-two, do you copy’ again and again, he got me chatting about this and that while he adjusted settings and got everything working just so.

He was telling me about the impact soft furnishings and books have on sound quality and I reminisced about the time that my friend Sam Maule and I were trying to find a place to record a short clip for a podcast while attending a big industry event.

This was back in the olden days when banking events took place on the mezzanine floors of big hotels. Coffee urns, stale pastries and big, windowless ballrooms kitted out with projector screens and round tables. Branded note pad, pen and a glass of water by every seat. Regulation bowl of mints in the middle.

At such an event, Sam and I tried to find a quiet place to record a clip.

This was before podcasts were such a big part of our lives and before the idea took root that you may need to do anything other than attend the conference, during a conference.

There was an open-plan space where coffee breaks took place and the main venue. That was it.

But you don’t get to do this job, our job, for long if you are not enterprising and hard to deter.

So we started wandering the halls to find a nook, a cranny, anything that wasn’t reverberating with laughter, rattling cups and loud conversations.

To cut a long story short, we ended up in a fridge.

It was a short clip, so we didn’t die of exposure.

But it was super weird, I said to John, as we were recording serious commentary on digital transformation with a leg of lamb like… right there. And we didn’t even mention the fact that we were recording halfway inside a fridge because these were the early days of fintech and we were all trying to act normal. We were trying not to spook the organisations we represented any more than our ideas already did.

I mean, would serious professionals really record inside a fridge?

The answer is they would, and we did, and it took some learning that perseverance and finding a way despite it all was our superpower.

“How was the sound in the end?” asked John.

“Oh, you know,” I said, “Surprisingly good. You wouldn’t have known we were inside a fridge.”

“Well, the leg of lamb inside the fridge probably helped with that. No echoes,” said John.

There you have it. You never know what may turn out to be of assistance in the end.

And honestly, isn’t that the greatest lesson of them all, during all of our years of doing this work?

The things that ended up being of assistance. Big and small.

When we started, risk and compliance where the biggest danger zones. The people who said no. The people who enabled everyone else to say no. In time and in no small part thanks to enlightened regulators who have started raising the bar, these very people have become our biggest accelerants.

Or how about all the weird and wonderful workarounds people had devised for processes and systems that gave us incredible ideas for how we could actually design systems that solve those real problems and address those needs?

The functions we didn’t know we needed, because no user had ever asked for them… because they didn’t know how to articulate what we needed in the first place. So we only realised they were a thing by observing people at work… or by sunsetting a system and watching a total riot breakout over all the uses people were putting the old system to that we didn’t know about because nobody told us… the uses they hadn’t told anyone about… because nobody asked them. Or because it never occurred to them, the users, that the way they were using the system was not what it was intended for.

The uses people put features to that are not the ones intended by the designers turned out to be the thing that taught us the most things. Inadvertently.

And every single one of them an opportunity missed because, all the while, we were trying to act normal.

Legs of lamb not appreciated, understood and reused.

Because, really, even though I am a huge fan of randomness and the leg of lamb by way of sound proofing will now and forevermore be my favourite factoid, the true moral of the story is that we didn’t talk about the fact that we were recording inside a fridge on the actual recording.

And not because it didn’t feel relevant. You are in a fridge, come on now.

We didn’t mention it because we were trying very hard to be as adult as the industry around us.

We needed to act normal, we needed to be serious. Being serious is extremely important in our industry. And we needed to avoid the situation sounding flippant or embarrassing as what we said next may be compromised as a result, not taken as seriously by extension and association, and wouldn’t that be a shame?

It was bad enough talking about design principles and data schemas to a baffled set of decision-makers who were torn between thinking that the world of fintech is fluffy and simultaneously terrifyingly bad for their bottom line… it was bad enough bringing all these new ideas and things to learn and understand with no clear answers as to what was the safest, fastest, cheapest and most profitable thing to do. It was bad enough without being wackier than we already were.

So we were all trying to act normal back then.

Today, things have changed a little.

Today, I am pretty sure we would have mentioned the leg of lamb. If nothing else, because it’s funny and the industry has relaxed a little.

You can crack a joke.

We have all relaxed a little. But not a lot. Not enough for all the things that happen during the course of our daily work that are weird, awkward, funny, embarrassing or baffling to be talked about. Particularly the latter.

We are still on thin ice, us transformers, on precarious precipices. Every inch we are given we need to protect tooth and nail and part of that protection entails us taking amazing discoveries in our stride. Acting like we knew this was coming. Acting like there was always method to the madness.

We all act normal a little bit more than is good for us. But there is no choice, it seems. The industry has relaxed a little, but it hasn’t relaxed fully into its digital future yet. The people spearheading the change are still closely watched. Someone waiting for us all to put a foot wrong and throw the whole thing into doubt. So yes, we act normal. And happy accidents are not unpacked and therefore may not be repeated next time.

Magic mistakes are not explained and therefore we don’t absorb much of the magic. For next time. For the next team and the next guy.

All I’m saying is… those legs of lamb… there was a joke in there that needed to be cracked. Plus I learned something about sound proofing when I shared the story. And both of those things are a win.

And acting normal isn’t its own reward.

And what if it’s a little embarrassing?

You will learn some, you will laugh some and you will be doing the next guy a favour in case they need a quiet place to record.