Sam and Leda are friends. 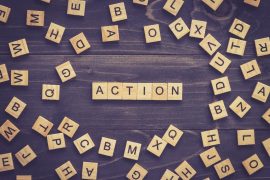 Does it ever stop when you are a woman of colour?

We are also industry colleagues.

We experienced the same incident.

Does it ever stop when you are a woman of colour?

This needing to patiently explain things that are self-evident? This expectation that you will be the bigger person and take the high ground? Go high when they go low?

Does it freaking stop?

One of my dearest friends keeps telling me, when I ask her how she can be so calm… every time I say to her: why are you not seething with anger?

She always says: because I refuse to be the angry black woman.

I am told I have a Mediterranean temperament every time I encounter a situation when someone has done something they shouldn’t have and tried to hide it or pin it on someone else… and I don’t let that happen. I am typecast and belittled and exoticised.

And I benefit from what my friend calls the privilege of context: I am white. My foreignness is hidden until I speak. My otherness, diluted.

But it’s not just that.

I am also not as wise as she is because, when they go low… I can’t go high. I go to war.

I’ve written and spoken before about one of my favourite quotes – “The opposite of belonging being not fitting in” – as recently as the very morning of what we might call “the incident”. And yet, the linguist in me can’t define it as a singular event, unless it was one of the multi-phase endurance variety.

Why? Because even though it was fantastic being back at events in person, I also reflected that I spent more of the week than I’d like being gently told (verbally and non-verbally) that I don’t fit in by people who were, for the most part, trying to be nice, to be curious and to be welcoming.

I try not to imagine the opposite.

The past year has been about getting involved in a number of new things, and it’s been hugely enriching. But when I step into rooms, I’m the first, the only, one of a few. I fly the “see it to be it” flag every day of the year, but that’s exhausting enough without constantly being made to feel different.

My trusty shield has become one phrase – “I don’t quite know what to say to that”. It’s a subtle but effective cue to challenge any questionable statement, encourage a moment of reflection and steer the discussion in a more positive direction. As much of a cue for me, I should say, as anyone else… as I’ve felt all the feels on this over the years.

If I’m honest, what’s gotten to me the most sometimes is simply not having a lightning-fast retort and being left with the nagging sense I didn’t hold my own. Problem solved. And just in time, too.

“Too young to be a board director” – boom! Within thirty seconds they’d recognised they were being ageist and we carried on chatting.

“Too fun to be a banker” – shield deployed along with a clap back to ardent fintechers that building stereotypes into binary selection criteria does not enable progress.

Would you believe the week’s othering was as varied as “how I dance” (cue the clichés) to “how I ended up doing what I do”? Given the gulf of topics in-between, there’s every chance that the answer to Leda’s first question is never. But I’m an optimist. I have to be.

Now, unless I change careers and move into D&I, it’s 100% not my role to teach anyone, anything – especially not about race, during Black History Month. But I can choose to leave people understanding me. Something that takes me from being a “system 1 thinking” anomaly to being a three-dimensional human with the same hopes, dreams and ambitions as anybody else.

In a context of relaxed conviviality (which makes this all the more jarring), Sam… my Sam… was looked up and down (too young to have her job, too fun to have her job… too black to have her job?) and asked point blank, “How did someone like you end up in banking?”

But before you say that: stop.

In the moment, Sam didn’t get angry, but I did.

So I interrupted: do you understand, otherwise lovely White Man, what you just asked the only mixed-race woman in the room? How much prejudice and privilege and jarring judgment you packed in your micro-aggression?

Which, having read Sam’s part of this piece, I now know isn’t micro in the slightest.

Do you know what he did?

And you know what Sam did?

Both how she ended up in banking and in this current role (short answer: by being brilliant – long answer: how do any of us end up where we end up? A blend of choice, luck and serendipity) and why it was not a constructive way to ask the question.

And the next day the Man said to me: it’s all good. We cleared the air. I apologised. We are OK.

But we are not OK.

I do not accept his apology.

Which baffles him in a way I cannot explain better than this: I don’t accept this apology because you may have not known what you were doing first time round, though you should have. But I checked you and you doubled down. And you made it her job to explain to you. To teach you. With no shame or compunction.

Why is that on her?

How is you being a better person not your responsibility and commitment to yourself as well as us?

The perpetrator is deeply conscious that he needs to mend things… with me.

Sam forgave him. I have not.

She explained. I will not.

Does that not make you mad?

That this is her lived reality? That we make it so by letting it be so?

In our industry, in our offices, in our societies?

She’s not mad. But I am. And you should be too.

Sam: getting by with a little help from her friend

When things like this happen, and they do… I don’t have to engage further. I can walk away. But let’s make no bones that I’ve earnt that privilege. To a point. That people who have behaved terribly towards me now make nice having acknowledged nothing. As if the younger, more junior me were less worthy of empathy, kindness and a sense of belonging.

And yes, “that’s life” you say, but as a POC, you can fall further, harder and faster with no safety net and no guarantee of getting back up. That’s the scream into a pillow moment, right there, as I think of all those bright, eager talents having to make the same perilous gaslit journey through the ranks. I’m determined we do better by them.

So yeah, a sharp one-liner helps, but what you need is a Leda – possibly a whole army of them. Allies taking action.

All day. Every day. It’s fitting that this year’s theme for Black History Month is “Time for change: actions not words”. Leda didn’t miss a beat on this – she saw something and she said something – so I didn’t have to.

Everything after that became my choice.