Market research has revealed that challenger banks Starling and Monzo are the UK banks most likely to be recommended by their customers. 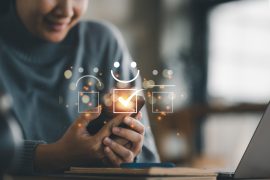 The results are from an independent survey carried out between July 2021 and June 2022 by market research firm Ipsos as part of a regulatory requirement and the results have been published at the behest of the Competition and Markets Authority (CMA).

At joint first for overall service quality, with 81% of customers likely to recommend them, Starling and Monzo beat out high street banks including Santander, NatWest and Lloyds.

The CMA says the survey promotes competition, “resulting in better experiences for all account holders”.

CMA senior director Adam Land says: “When times are tough you find out who’s fighting your corner and if your bank doesn’t match up to the competition — you can vote with your feet and make a switch.”

Customers with personal current accounts were asked how likely they would be to recommend their provider, their provider’s online and mobile banking services, services in branches and overdraft services to friends and family.

The results show the proportion of customers who said they were ‘extremely likely’ or ‘very likely’ to recommend each service.

The pair of challengers were also top of the pack when it came to online and mobile banking services, with 85% of Starling customers and 83% of Monzo customers recommending the challengers based on their digital banking offering.

The bank least likely to be recommended by its customers is the Royal Bank of Scotland, with only 46% of customers suggesting they would recommend the bank based on overall service quality.

Around 1,000 customers were surveyed across Great Britain for each provider with 16,061 people surveyed in total. Results are updated every six months, in August and February.