Indian fintech start-up Jar has raised $22.6 million in a Series B funding round led by existing investor Tiger Global at a valuation of $300 million. 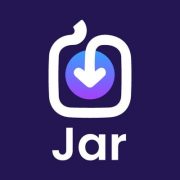 Jar raises $22.6m in Series B funding round

According to The Economic Times, Jar is in talks to extend the current round with other external investors, but details haven’t been finalised yet.

Launched in 2021, the Bengaluru-based start-up is a daily gold savings app that lets its users save money by taking spare change from online transactions and investing it in digital gold automatically.

Jar claims to have racked up 10 million users since its launch last year. The firm last raised $32 million in a Series A round, also led by Tiger Global, in February this year.

The start-up adds that the new influx of cash will be used to fuel the development of its products and technology and for hiring new talent.