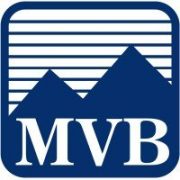 According to the merger agreement terms, IFH shareholders will receive 1.21 shares of MVB common stock for each share of IFH common stock, at a transaction value of approximately $98 million.

With the deal, MVB Financial aims to accelerate the growth of its government guaranteed lending business, including small business administration (SBA) and US Department of Agriculture (USDA) originations and servicing.

The transaction is expected to be completed in the first quarter of 2023, subject to company shareholder and regulatory approvals.

“Even in wet track market conditions, MVB continues to be opportunistic and look for deals that make sense to our business model,” says Larry Mazza, CEO of MVB Financial.

“This acquisition accelerates both our SBA and strategic lending partnerships growth vehicles to the benefit of our clients and shareholders,” he adds.

Since 2018, WTBT’s government guaranteed lending team claims to have originated more than $1 billion in loans. Windsor is a national lending service provider offering financial institutions an outsourced SBA and USDA lending platform, and claims to service approximately $2.1 billion in loans.