In the heyday of neobank launches, there were a lot of start-ups saying, “We are a tech company with a banking licence.” 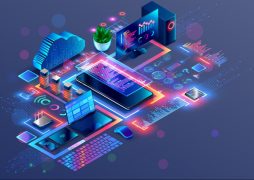 Practically since its inception, Bitcoin has not only been described as “digital currency” but also as “programmable money”. Aside from its digital characteristics, the ability to add rules that execute upon a certain event separates it from fiat money and current money systems.

For example, you could pay for a book after only a certain number of pages have been read or ensure royalties are paid when a valuable asset changes hands. The scope for this alone is huge and we are still at the very early stages in terms of the possibilities this presents.

Programmable products takes this concept further by being able to add logic not only to money, but to a financial product like a loan. For example, paying loyalty rewards for making loan payments on time, or limiting investments in a new green ISA to companies with a certain carbon footprint.

The possibilities are literally limitless, especially when these rules can be combined with external data feeds or devices. Imagine a car insurance policy that charged you, in real time, an extra £1 every time you broke the speed limit, or one that calculated your insurance by the amount of time spent in your home. We’ve already seen health insurance products and savings linked to fitness watches.

In the Web3 world, this is already easily possible with the underlying technology of smart contracts. Crypto companies like StepN, which rewards customers based on the number of steps they take, or Audius, which combines digital rights management with paying for music, are great examples of the “art of the possible”.

It’s not a lack of imagination that has held up this kind of flexibility. A lot has to do with legacy core banking solutions lacking the ability to support such innovation. Product managers today should be looking to modern core banking offerings that have granular solutions to enable products to be easily composed, while still having the ability to code any features that aren’t out of the box.

Next is the programmable bank itself. This isn’t just exposing a few APIs for open banking and setting up a sandbox for fintechs to integrate your APIs. Nor is it simply joining IFTTT (If This, Then That). It is so much more.

Imagine rebuilding the banks so that every possible action on any data was handled through APIs. This was pretty much Jeff Bezos’ mandate to Amazon: that every aspect of Amazon should be API enabled. Whether they are all exposed to the outside world is a separate issue. Doing this increases internal flexibility, let alone the innovation that could happen from external organisations.

The “Bezos API Mandate” was issued in 2002, yet 20 years later, what (if anything) have banks learnt from this? The exception to the rule could be Investec, which after four years of working with OfferZen launched “programmable banking” this year. I hope to delve into exactly what is being offered here soon. The interesting part here is that this isn’t just for fintechs but also for any customer of the bank! Customers (personal and business) can now code (script) the behaviour of their credit cards. Again, banks have been held back by their legacy monolithic core banking systems and again, modern core banking systems based on micro-services come to the rescue.

In reality, and as I have written before, there is much more to being a tech company than just opening up data, processes and products through APIs. There is a whole different sales and marketing organisation which then creates quite a different culture to traditional banking. Then there is product management of software. Essentially, it’s a whole different business.

For at least a couple of decades it has been possible to create programmable money, products and banks. But banks may have been right not to jump on those bandwagons too soon, whether it was by choice or ignorance. Customers simply were not ready.

I’m just saying that with the shift to digital, the increasing awareness and use of crypto and a huge population of gamers and coders, we are fast approaching the time being right for creating programmable solutions. The task at hand is much more than exposing a few APIs for open banking, so it will take time to scale and get right.

However, the opportunity is colossal. Imagine banks subtly advertising that Brand X is “powered by Bank Y” or has “Bank Y inside”. As Marc Andreessen said, “Software is truly eating the world.” The question is, what is your bank doing about it?