The evolution of core banking: build or buy?

Incumbent core banking vendors had things relatively easy in the previous decade as many of them faced little new competition and some acquired others to consolidate the market into a dozen or so large players. 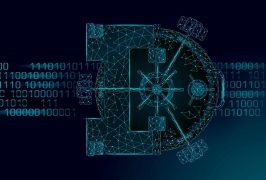 The landscape for core banking is evolving rapidly

While all serving the same need, each of the players have quite different strategies and strengths. In my view: Jack Henry focuses on the USA, Avaloq boasts strength in wealth management, Temenos has the most deals, TCS has the most resources and SAP has the largest licence values.

Other factors that differentiate them are: subsegments (corporate, retail, wealth, capital markets and so on), partnerships (service organisations for implementation and complimentary tech vendors) and locale (experience and resources).

In the last five years however, we have seen a great expansion in the number of players vying to be the core banking software/cloud provider of choice for banks. These new players also have different strategies, but the common theme they address is that core banking architecture has to change and move to the cloud (i.e., be cloud native). And although many of the incumbents have stretched their marketing prowess to claim being cloud native, in my opinion, few actually are.

While I personally believe some new players can lack the depth, breadth and implementation experience/reach of the incumbents, clearly investors sense an opportunity with the shift in consumer behaviour towards online services and the need for core banking to move to a new architecture and modern technology.

In the last few years, just six companies (10x, Mambu, Thought Machine, Solaris, Railsbank and Vodeno) have raised over $2bn between them. This sounds even more astonishing when you realise the market for core banking software is sized at around $10-12bn. I would be surprised if the total revenue in 2021 for these new players exceeded £100m last year.

So what have the investors seen that we might not have? For a start, analysts predict the market for core banking to grow annually by 8-10%, with some forecasting the market to be worth $30bn by 2030. We have already seen an increase in the number of licensed banks in recent years, so this accounts for some of the growth. Banks are also under increasing pressure to move off legacy systems. But these are relatively small growth drivers.

One of the key things that Uber handles is payments. There is no exchange of cash or cards and the payment process is embedded into the service of getting a ride. The market for this is measured in trillions! The increase in demand for financial services and banking capabilities will be serviced by players providing cloud native Banking-as-a-Service (BaaS). If a third party wants to embed financial products, they will either need their own banking licence or to partner with a BaaS provider and use their licence.

Aside from the new technology, this new demand necessitates a new sales model. Incumbents have typically sold only to banks. Their strategy had to address which subsegments and geographies to target. In the new world of BaaS, players will need to address broader segments or target specific segments like retail, utilities or media.

For example, look at some of the deals Vodeno has done in the retail space. They face little competition here. For me, having been in this space a long time, it’s really fascinating to watch the landscape for core banking evolve. I believe the market will go through a shakeup and consolidation in a similar way that CRM software did in the noughties.

For incumbents, I doubt many will be able to transform their software to compete with the new players that already have solutions and customers. More likely they will acquire platforms like Fiserv has with Finxact. As the new players increasingly close more deals, the pressure to acquire a platform will grow, and I expect most of the big incumbents to acquire. Retrofitting an old core is much harder than building a new one, especially if you have to consider how you migrate existing customers as incumbents do. Even building a brand-new core is harder for an incumbent as they can potentially struggle to let go of “legacy thinking”.

I’m not saying it’s impossible for incumbents to build their own core, I’m just saying there are plenty of players that are not growing as fast as their investors want, so buying one makes a lot of sense. Combining the scale and reach of an incumbent with shiny new tech is in my view a safer strategy than trying to compete alone. There is only so much “magic” marketing can do with an old core.