The case for building core banking 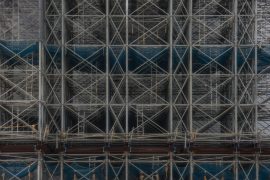 Should larger banks be looking to build their own core?

Some of the feedback I got on this was that incumbents have already gone through such a large technical shift from mainframes to client/server, then again to web architecture. However, some of the incumbents started with client/server architecture in the same way modern players have done today, and again others acquired platforms to keep pace.

Another question raised was whether banks should re-write their own core. Again, I have covered some of the challenges in a previous article. Of course, this is not an option for small banks that do not have extensive IT development capabilities and deep pockets. For larger banks however, the question remains. The simple way to decide this may be to first ask whether they can afford the time, money and risk to do so.

As I’ve highlighted before, it has taken an average of five years and hundreds of millions of dollars worth of investment for many of today’s modern banking vendors. For banks like Starling, they didn’t have the option as solutions weren’t available at the time of their creation. Coupled with low success rates across the industry in general for completing large complex projects, this should eliminate most mid-tier banks and some of the smaller Tier 1 banks.

For the larger players, I have experienced over the past three decades quite a few billion-dollar projects simply written off by several banks. So cost, time and resources are not an issue. So, should the larger banks then write their own core?

When I led IT strategy and architecture for a bank (and even when I was CTO at software companies) the decision was at its simplest level whether writing one was central to the business and whether it would allow us to differentiate from other banks.

Whilst this is a simple question, any CTO is going to be able to make a strong case either way to justify their own perspective. Of course, a core banking system is central to a bank – none could survive without one now. But the same is true of operating systems and database solutions, though you could argue core banking is a layer above the software infrastructure facilitating the main business.

So, we could look at whether writing a core banking system would allow the bank to differentiate itself sufficiently to compete at an advantage. The argument that a modern core based on micro-services is cheaper to run, more scalable, more reliable (less down time) and highly flexible doesn’t hold because such systems are already available from modern core vendors and are being used by banks.

However, another area for differentiation is the actual products, and I do believe there is opportunity to make a case here, but only if there is a vision to provide banking products of the like we have not seen before. We have thousands of banking products in the market, but what innovation in banking products have we seen?

To be worthwhile, this innovation has to be defensible – that is, something that other banks can not provide easily themselves. The last example I can see is the offset mortgage created by Virgin Money and RBS in the noughties. It took other banks years before they could have similar products, leaving RBS clear runway to capture market share. If the goal is simply to move today’s banking products to a modern architecture, I would argue there is no case for any bank to develop their own core, as they can reduce risk and cost and simply buy a solution.

So where could a bank differentiate? One possibility is to create “dynamic products” – products that change behaviour based on data. For example, using GPS data to identify when a person is not in their home country and changing the spend limit on their cards. Or using data on the weather to roundup and save money when the weather is bad but allow more discretionary spend when it’s good.

These aren’t great practical examples. However, the point is about having the flexibility to create innovation either by the bank or even their partners. For example, could banks work with publishers to allow them to charge per page read, charge for minutes listened to music or minutes watched of a movie? Or could a bank allow a fintech to create accounts for landlords that automatically categorise spending for income and capital separately so they can easily submit their tax returns?

I’m just saying that outside of product innovation, there is little case for banks to develop their own core banking solutions. A modern solution with the flexibility to create product innovation is an area of opportunity though. The concept of dynamic or “programmable” products is something I don’t hear discussed much.