Bangalore-based fintech Open has raised $50 million in a Series D funding round led by IIFL. The new investment takes the company’s valuation up to $1 billion, making it India’s 100th unicorn.

The round also included participation from existing investors Temasek, Tiger Global, and 3one4 Capital.

Founded in 2017, Open claims to have built Asia’s first digital banking platform for small to medium-sized enterprises (SMEs), start-ups, and freelancers. It says its customer base now stands at 2.3 million and its platform processes over $30 billion in annual transactions.

LatAm SME financial services platform Xepelin has raised $111 million in a Series B financing round, the largest such round in the history of Chile, Xepelin says. 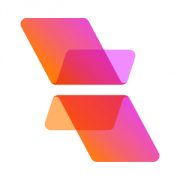 The Series B funding will go towards consolidating the company’s position in Mexico, hiring new employees in the country and expanding into new markets in the region.

The Commission says that by limiting access to the “standard technology” of near-field communication (NFC), Apple has restricted competition in the mobile wallets market on its mobile operating system iOS.

It claims Apple has abused its dominant position and violated anti-trust rules for the benefit of its own NFC payments solution, Apple Pay.

Executive vice president Margrethe Vestager, in charge of competition policy, says if the Commission’s Statement of Objection is confirmed, “such conduct would be illegal under our competition rules”, namely Article 102 of the Treaty on the Functioning of the European Union.

Dutch challenger Bunq has become the second largest neobank in the European Union with the acquisition of Belgian fintech Tricount for an undisclosed sum, which will see the firm take on an extra 5.4 million users.

Bunq’s CEO and founder Ali Niknam says: “Tricount’s commitment to simplicity, transparency and community aligns with our own values.”

Headquartered in Belgium, Tricount is a group expense management app that allows users to register and balance their expenses during activities with friends.

Announcing the acquisition, Bunq also unveiled a range of new customer perks and banking features at its Bunq Update 20 event at DeLaMar Theater in Amsterdam.

The “industry first” deal will enable payment providers to give businesses another way to manage customer payments, via the Faster Payments service, meaning transactions can be conducted near instantaneously.

VRPs are the next phase of open banking, mandated by the UK’s Competition and Markets Authority (CMA), and are scheduled to be introduced in 2022.

VRP has “huge potential” for both consumers and businesses, says NatWest Group head of bank of APIs, Daniel Globerson.