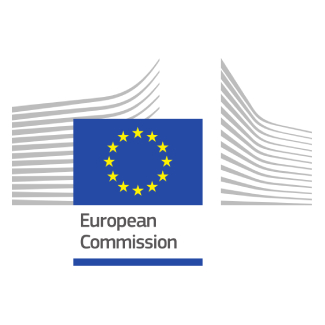 The Commission says Apple has abused its “dominant position”

The Commission says that by limiting access to the “standard technology” of near-field communication (NFC), Apple has restricted competition in the mobile wallets market on its mobile operating system iOS.

It claims Apple has abused its dominant position and violated anti-trust rules for the benefit of its own NFC payments solution, Apple Pay.

Executive vice president Margrethe Vestager, in charge of competition policy, says if the Commission’s Statement of Objection is confirmed, “such conduct would be illegal under our competition rules”, namely Article 102 of the Treaty on the Functioning of the European Union.

Vestager adds: “Mobile payments play a rapidly growing role in our digital economy. It is important for the integration of European Payments markets that consumers benefit from a competitive and innovative payments landscape.

“In our Statement of Objections, we preliminarily found that Apple may have restricted competition, to the benefit of its own solution Apple Pay.”

The Statement relates how Apple’s iPhones, iPads and software form a “closed ecosystem” and that Apple controls every aspect of the user experience in this ecosystem, including mobile wallet developers’ access to it.

“In particular, Apple Pay is the only mobile wallet solution that may access the necessary NFC input on iOS,” the Statement says. “This has an exclusionary effect on competitors and leads to less innovation and less choice for consumers for mobile wallets on iPhones.”

The Commission says it does not take issue with online restrictions or alleged refusals of access to Apple Pay for rivals that the Commission noted when it opened an investigation into Apple’s practices regarding Apple Pay on 16 June 2020.

A Statement of Objections is a formal step in Commission investigations into suspected violations of EU antitrust rules.

Apple will have the opportunity examine the evidence prepared by the Commission, reply in writing and request a hearing to present its arguments before representatives of the Commission and national competition authorities.

Apple says in a statement: “We designed Apple Pay to provide an easy and secure way for users to digitally present their existing payment cards and for banks and other financial institutions to offer contactless payments for their customers. Apple Pay is only one of many options available to European consumers for making payments, and has ensured equal access to NFC while setting industry-leading standards for privacy and security.

“We will continue to engage with the Commission to ensure European consumers have access to the payment option of their choice in a safe and secure environment.”

Last month, it was reported that Apple is planning to build its own in-house technology and financial services infrastructure in a bid to lessen its reliance on third parties.