A new US banking start-up called Column has been set up to enable developers and founders to create new customer and internet-first financial products without the need for middleware providers or legacy software. 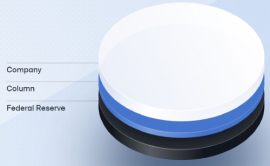 Column cuts out “middleware” and connects directly to the Federal Reserve

Column is the only nationally chartered developer infrastructure bank in the US, supported and run by engineers and founders who helped build companies such as Plaid, Square and Affirm.

It was working for those companies, “where we had to rely on archaic banks and middleware providers”, that helped develop the idea for Column. “We built the bank we wish we had,” the Column team says.

The ‘bank-as-software’ company is headed up by former Plaid co-founder William Hockey, of which he is still a board member, and Annie Hockey, a Goldman Sachs alumni and Stanford graduate. They founded the San Francisco-based firm in 2019 and launched this year.

Column says in the past, new financial companies have had to grapple with expensive middleware providers that relied on outdated and limiting core systems.

The company allows developers “to get to the bare metal” and strip out the bloated middleware tech, offering its own core, ledger, and data model for the purpose of powering clients’ unique use cases at any scale. “We are purpose-built to power financial services for the next hundred years,” Column claims.

Its infrastructure products leverage Column’s direct connection to the US Federal Reserve.

“As the backbone for the largest and most sophisticated fintechs and enterprises, we are built to scale with anyone who needs speed, control, and to be as close to the Federal Reserve as possible,” Column says.