ERI has announced that the Bank of China Luxembourg Branch (BOC) has selected its Olympic Banking System to support BOC’s custody and clearing business. 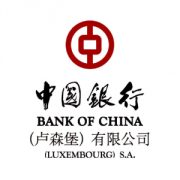 Headquartered in Geneva, ERI is a global company specialising in the development, distribution and support of the Olympic Banking System, an integrated, real-time banking, securities custody and wealth management software package.

According to ERI, the platform enables the optimisation of processes and profitable growth of business while meeting the “ever-increasing” demands of regulators.

More than 400 banks and financial institutions across more than 60 countries in Europe, the Middle East, Africa, the Americas and Asia have chosen the banking software platform.

Alan Goodrich, ERI’s regional sales manager, says BOC will be able to benefit from the Olympic Banking System’s “core strengths of efficiency and compliance, together with its open service-oriented architecture (SOA) and API approach”.