Bangalore-based fintech Open has raised $50 million in a Series D funding round led by IIFL. The new investment takes the company’s valuation up to $1 billion, making it India’s 100th unicorn. 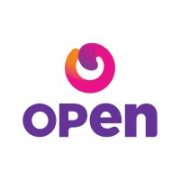 The round also included participation from existing investors Temasek, Tiger Global, and 3one4 Capital.

Founded in 2017, Open claims to have built Asia’s first digital banking platform for small to medium-sized enterprises (SMEs), start-ups, and freelancers. It says its customer base now stands at 2.3 million and its platform processes over $30 billion in annual transactions.

Open says that with the new funding, it plans to accelerate the growth of its SME lending offerings, with plans to launch three new products and enhance existing product lines. The firm is aiming to reach five million customers in the next year.

The company says the funding will also be used to strengthen its leadership team and increase its employee headcount from 500 to 1,000 in the next year.