Cryptocurrency trading platform Talos has secured $105 million in a Series B funding round at a valuation of $1.25 billion. 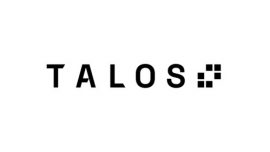 Talos bags $105m in Series B round

The funding round was led by growth equity firm General Atlantic and featured a number of new investors including Stripes, BNY Mellon, Citi and Wells Fargo Strategic Capital, among others.

The company intends to use the new capital to scale its platform and extend its product offerings. The cash will also fuel its planned expansion into Asia Pacific and Europe.

Founded in 2018, the New York-based firm offers a network of services including a digital asset trading platform, lending marketplace, data and analytics products and portfolio and settlement tools, either directly or through service providers.

“We believe that the digital assets infrastructure will have a wide-scale impact on the entire financial industry and ultimately, we will see traditional asset classes migrate to this new technology as well,” says Anton Katz, co-founder and CEO of Talos.

Talos previously closed a $40 million Series A investment round in May last year, led by Andreessen Horowitz.