Swiss digital challenger Alpian has been granted its banking licence by the Swiss Financial Market Supervisory Authority (FINMA) and closed a $20.3 million (CHF 19 million) Series B+ funding round. 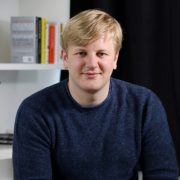 Alpian plans to launch in Q3 2022. Prior to that, the digital bank will launch its alpha release to employees.

Alpian CEO Schuyler Weiss says: “With the funds raised during the Series B+ and with its new standing as a licensed Swiss bank, Alpian is well equipped to launch its offering and to start the process of earning the trust of each and every one of its future clients.”

It will be Switzerland’s first digital private bank and is designed for the needs of the country’s affluent population, giving clients access to a service normally reserved for those at a traditional private bank.

The Series B+ follows a Series A of $12.6 million in 2020 and a Series B of $18 million in 2021 and will directly support the deployment of Alpian’s whole range of services in Switzerland, comprising both private banking and everyday banking services.

These include a cost-effective foreign exchange and bank transfer service, a debit card with in-app card controls, and a chat interface allowing clients to communicate with Alpian’s Swiss-based banking specialists and qualified wealth advisors in four supported languages.

Alpian was incorporated in October 2019 and incubated by banking group REYL Intesa Sanpaolo.