Who owns the client?

If you are a seasoned banker, you have heard this question asked more than once. 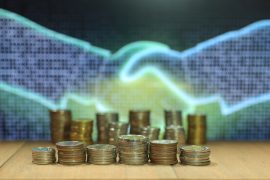 I am going to go out on a limb here and say, dear bank, you are doing client ownership wrong

And it never means ‘whose responsibility is it to make sure the client gets what they need?’

It rather means ‘who books the revenue?’

I don’t know about you, but I have watched ‘table tennis’ (not ping pong, no, the verbal version: bouncing a claim like a ball across the table, not conceding a single point) between bank big-wigs when we were about to land a big deal. A complex deal. A deal that brought together several parts of the bank in order to solve a complex set of problems in a creative way.

And when the deal was as good as signed (but critically not signed yet) “The Meeting” was had. About who owns the client.

And if you are thinking ‘oh come on, this isn’t a zero sum game’, you are wrong and it is.

Although this is so much more relevant and valuable in corporate or transaction banking (big client, big money), it carries through to retail because there is immense perceived value in booking original revenue.

Everyone in the bank likes new money because it translates to real money in your pocket and robust personal credibility in the organisation.

Client retention? Not so much.

It’s not that retaining revenue isn’t important. It’s just that it’s taken for granted. New money is acknowledged as important. Even when it comes with high churn, somehow nobody worries about that enough to call foul and new money reigns supreme.

And a new, big, complex deal is the best kind of new money. The big kind. So although we all worked together on this, someone gets to claim the prize. Who will it be?

Who the hell cares, you may think.

The team that own the client get to book the ‘net new’ revenue. They will be the ones who made the bank money. Everyone else gets to cross-charge. So they get some money credited to them. It appears in an inter-company account ledger. It materialises in your internal ‘black’ column. (And black is better than red, friends, but not as good as new. Nothing is as good as new money.)

In a bank, owning the client is an exercise in accounting, not accountability.

So who gets to own the client?

Usually a client team exists. They own the client by design. They are equally tasked with selling all the bank can sell. It means someone is there to look after the client, not so much by solving their problems as by helping them gorge on everything the bank does across its estate rather than trying to get them to focus on one vertical, one product line. It sort of makes sense and it sort of works. Mostly. It doesn’t save you from the ‘who owns the client?’ meetings, but it does make them mercifully short.

Now… the client themselves mostly really doesn’t want to be owned and would rather fewer folks from your shop called.

I would happily only talk to Jim and Jim was well placed to extract the most value out of me for his bank. But because of internal processes and targets and people having no idea how things fit together, I was forced to speak to seven of his colleagues in one week to get something very small and basic, but essential, done.

In case you are wondering, how many is too many? Seven is definitely too many.

Do you need me to say again?

Because encouraging or forcing the client to interact with you seems to be a default staple of banking UX and I live for the day someone inside a big bank will realise that good UX for an intermediary business is less UX.

But back to my story.

And before you say I am a low value ‘mass affluent’ customer I will tell you to zip it, skippy, respectfully.

Not because I am high value but because this is not intentional. This is default behaviour.

Let me let you in on a secret: I grew up in operations and as part of business process re-engineering work, we always mapped out customer touch points and, let me tell you, what we found is that the average fund (hint for the uninitiated, hedge funds never employ a lot of people and are definitely high value customers) would find their entire workforce minus maybe the cleaning crew (because, occasionally, the cleaning crew answered the phone after hours so, you know, occasionally them too), their entire workforce (repeated for effect), would speak to their custodian at least once a week. Custody positions don’t move that regularly by the way. The client didn’t need to talk to the custodian. It was the custodian who needed to talk to the client. Needed. Yes. Mostly for admin work that had a lot to do with how the bank was set up internally.

But also. This is all believed to be a good thing because… touch points.

So if you get given the run-around by your bank, being made to speak to half a dozen folks for a simple issue, it is not because you are low value. This is about the bank, not about the customer.

Some of the run-around is because there are process constraints inside the bank. And some of it is because somewhere on this journey, people inside banks were convinced that regular and frequent touch points with clients are good and increase ownership.

You are mine if I speak to you often.

So touch points become coveted, pursued, cultivated. Some banks measure client touch points as a KPI for their staff. A client-facing person speaking to their client often is doing a good job.

If you are speaking to every single one of a hedge fund’s 25 employees in a single week, are you doing a good thing or are you hassling them?

If I have to call Jim six times in a single day, is he performing high value work or is he just helping me navigate his Byzantine organisation?

The answer to both, by the way, is that the way big corporates service clients is 99% about the corporate and 1% about the client. If that client is retail, then the 1% is about their presumed demographic. People who liked current accounts like this one also ordered… type territory. As a working-class kid done good, I am always miscast here and having all the fun, by the way.

In institutional banking, the ratio remains. The only difference is that the 1% is genuinely about the client. But in really weird ways.

It’s less about solving problems and being in constant dialogue and more around indulgence.

I have worked with a client that had written into their fund accounting contract what type of paper we should print their statements on. I have worked with another client who had written into their contract having their own version of Wall Street Office (irrespective of what the rest of the clients were on) and their favourite relationship manager. Neither could be changed – upgraded (for the system), fired or promoted (for the human) – without renegotiating a hugely valuable contract.

I am going to go out on a limb here and say, dear bank, you are doing client ownership wrong.

There is a world where your client doesn’t need to be treated like a child, a nuisance or an endlessly patient, committed partner.

There is a world where all business (new or repeat) is equally valuable and that is reflected in the way you treat customers once they’ve signed on the dotted line.

There is a world where you service the client, not counting on their patience and not presuming ownership.

And the way we get to that world is not through UX. it’s through a shift in internal bank processes, incentives and attitudes. But above all, incentives.

Change the way you book revenue and you’ve transformed the way clients are treated forever.