Did you miss this series? 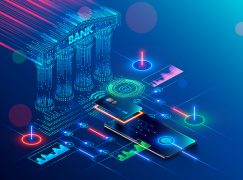 I’ve recently had some trouble proving to my bank that I am, in fact, alive

But misery shared is misery doubled so here it goes.

A lovely relationship manager has been in touch – persistently but not irritatingly it has to be said, I like him a lot – to get me to engage his services and put this money to work. That’s actually great. He is proactive, gives me options. Very nice stuff.

To give me those options, he has been engaging with me (email, phone, the works). This is important as it means he knows I am alive. He also knows why there is no activity in the account, in or out. And he also knows that about a year ago, when they upgraded their app, I was locked out because of a variation to the spelling of my name that hadn’t been a problem when I opened the account but became a problem when they upgraded their systems. He knows it took the best part of a month to restore access to my account and he knows, further, that he, Jim, the relationship manager, was my saving grace here. Especially as one of his colleagues had attempted to reach out to me and not only had done zero prep as to who I was but made me question his understanding of KYC. But that is a story for another day.

So. Jim knows I am grateful to him.

Fast forward to this story. Prompted by Jim’s valid questions and given I already value him, I tried to log on to the account and think through what he had told me.

They had upgraded the app and as a result my credentials were voided. Here we go again.

Because after a certain amount of inactivity they consider an account dormant.

If I have some savings and I was lucky enough to not have needed to spend it but not so lucky as to get to save more in a given period of time, what exactly do you need me to do to prove that I am not dead, given your RM has spoken to me as recently as last month?

Move a dollar back and forth.

Where did you indicate I needed to do that?

Jim running to the rescue, again. Grateful to Jim, always.

Jim doesn’t have access to any of the systems he needs. He is just a helpful man. So.

He took me through the first step of the process, one identifier is reset. You know those 12-digit alphanumeric codes you have to write down and forget immediately? He did that for me and didn’t chafe at my multiple questions around why we are doing identification as if it was still 1994.

Then he passed me on to the other team (and he hacked the phone-in system, taking it upon himself to get permission from a supervisor to patch the call through so I wouldn’t have to wait). But then I was not in Jim’s care anymore and the problems started. Because they put me through security and did whatever it is they needed to do to generate another code, the second code required. And I was meant to receive this second alphanumeric code ‘by midnight’ like some kind of accountants’ coven. Then I had to call back to the dormant accounts team and tell them I was not dead. But no. The two numbers issued by two separate teams who needed to validate I was not dead and I was indeed who I said I was did not suffice.

And yes, I asked.

Are you satisfied I passed my security questions? That I am me and I am alive? Yes, said the man. So can’t you click ‘not dead’ on your systems?

No ma’am, I don’t have access to that. The dead button requires special clearance.

Now I don’t need to tell you that the text didn’t come, do I?

That I had to email Jim, bless him, who is running around trying to solve this. And solve it he will. But.

Having confirmed my email and phone number to the man who was not Jim on the phone twice, I got an email that said the text didn’t work and I should have told them my number changed and could I call them back. It genuinely felt like the email was rolling its eyes at me.

Seriously. Sometimes it feels like my bank is an elderly Greek relative. You don’t call enough, I need you to pick up the phone more.

Jim will fix it, I have no doubt (this reference may be wasted on the non-Brits among my readers, but have no fear, you are really not missing much).

And although I hope he stays put long enough to help me solve this, again, I also hope he thinks to himself ‘none of this makes sense. I spend my days working around rules that have no basis on need, just the constraints of antiquated systems and unthinking procedure-following. I live my life at the whim of systems that have been obsolete for years. Better is possible. And I want it. Because I don’t want to spend all my energy running like crazy to help this behemoth stand still’.

At a time where ‘better’ is both possible and accessible (seriously, give me a call Dear Bank, I can fix this for you), how much longer will the Jims of the world carry on working for you, carrying your deficit and squaring the circle to keep the customers with you one more quarter?

And before you say, ‘yeah, well you’re still here, aren’t you?’ just ask me again what my answer will be if Jim calls me and says, ‘I have enjoyed working with you, I am moving to such and such an entity and I am wondering if I could take my portfolio of clients with me.’

Cos I’m going with Jim.