What happens after you leave the room?

My colleague Ikenna Nwaiwu posted something the other day that really got me thinking. About the gaps between assumption and reality, intention and outcome. 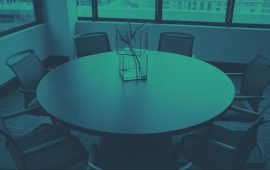 Alignment is an ongoing dialogue that needs to be maintained

As a leader, you walk into a room. A figurative or physical room. But you walk in and you set the tone. Be it a strategy, a piece of work or the tone of voice of the company culture, it is incumbent upon you to set direction, pace and identity.

Then you eventually walk out of the room. At some point you are done setting direction. The work needs to start.

I am obviously overdramatising the ‘room’ and oversimplifying all the work that goes into the bit before the rousing speech.

And now imagine you have delivered a piece of thinking to your team. A lot of work has gone into it and they have been part of the journey. This is not a surprise. But it is a starting gun of sorts. So. You explained to them the assumptions made, the decisions not made and the reasons for that. You walked them through the decision that was actually made (by you, the executive team, clients, investors or regulators), the reasons behind it, what we need to do next, what good looks like, how we will measure it and what you expect from them individually and collectively.

Let’s assume you did all that and you did it brilliantly.

And you walk out of the room.

You have to walk out of the room at some point, right?

What do you think happens after you leave the room?

What happens is people start bridging gaps in their heads. Maybe with confusion, maybe with enthusiasm. Maybe with reluctance. Maybe with ebullience. Whatever the feeling, the people in the room after you’ve left it are building mental bridges.

Between what they expected to hear and what you said.

Between what they think you want them to do and what they feel they are able to do.

And soon they leave the room too and it’s off to work they go.

Head down. Clackity clack on the keyboard. Whiteboard marker stains on their hands and post-its everywhere. Work is getting done.

At some point you will need to come back into the room. It’s a figurative room, a conversation, a piece of work.

It could be that you come back an hour later or a month later.

There is no right answer. It depends on you, the team, the work. But you will come back. The question is when, how and what for.

Because, you got it, you should probably be coming back to build some bridges of your own.

Between what you want people to do, what you need them to action and what they are actually doing.

What you think you explained and what they understood.

What you think the desired actions will achieve and what they are actually achieving.

That last one, you will need to wait for.

The rest you can definitely do sooner. But how?

You can, of course, always just tell them again. And I find that no matter how many times you have said something, it is not enough. I had a team member ask me who someone was after I had introduced them in eight different ways (meetings, all hands, company-wide emails and several Slack channels included). So tell. And tell again.

But then also just listen.

It’s not a classroom, but have the team say things back to you. You’d be amazed how quickly the stress of a sentence shifts and intent gets missed. It is never too soon to test the distance between what you said and what they heard and bridge it if needed.

Then show and tell. I am not infantilising anyone here. Ask to see the work. Test the distance between what they understood you were asking for and how they commit that to the world. Show and tell is magical. Do it often. Do it soon. Do it again.

Come at it sideways.

And if you are not sure what to measure, measure everything until something emerges as significant. Then test that. And measure again.

Use your ideas in a sentence.

If it sounds silly, it may be silly.

We are doing this because.

You are doing this so that.

If the sentence doesn’t work, you have a distance of your own to bridge.

Do all that and do it often and do other things like them that help people to come forward with all the distances that need to be bridged for us to be able to work together towards a common outcome.

It’s essential and not obvious unless we speak of it. So do it in whatever way works for you and your team.

Oh. And do one more thing.

When you leave the room, ask yourself, who gives you bad news? Who is not afraid to follow you out of the room and say ‘that was a disaster’? Who is not afraid to tell you the gulf between what you think you said and what the team heard is bigger than you realise? That the distance between what you think the actions you requested will achieve and what they are achieving is significant? That what you asked people to do and what they are doing is not the same and the reasons for that are legion?

Who tells you where you need to pave roads and build bridges and tell and tell again?

If the answer is ‘no-one’, you are in deep, deep navigational trouble.

If the answer is ‘so-and-so’, you are making a start but you have a long way to go. Because the answer in an ideal world is ‘everyone’. Anyone that sees the gap, anyone that perceives a disconnect.

Because we are human. We each see the world from where we stand. That is the point and the magic and the power of our diverse teams. Alignment is an ongoing dialogue and finding each other’s blind spot or unquestioned assumptions is how we become better than the sum of our parts.

And the way we achieve it is not by closing the distance between what we heard and what we understood but by knowing there is a distance to be navigated.

So when you leave the room, is your team busy putting their own thoughts in sentences that allow each other to work out all the possible shores we could be ending up at?

And if not, should you not go back into the room and start again?

That’s as good a place to build a bridge as any.