We need to talk about Bob

We need to talk about Bob. 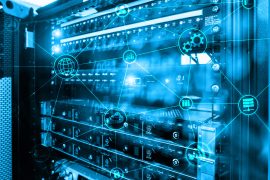 Most of banking happens by human intervention, not tech

Bob is not real.

But he could be.

Let’s say Bob just started a job in a bank.

Back office. Not the sexy stuff, not the lucrative stuff. Let’s say he is a post-reconciliation breaks and queries clerk. That’s when something breaks or doesn’t look right even after you have reconciled everything. Yes, it’s a real job. So, let’s say that’s what he does.

He reports into Claire who runs the reconciliations teams. Those are the guys who do the actual reconciliations, checking what happened against what should have happened and flagging discrepancies where they occur.

The guys who deal with the queries when what should have happened isn’t exactly clear or when you are not sure if something is a typo or what or where you have multiple ‘breaks’ so it’s not clear what is right and what is not. And Bob and his team do the post-reconciliation ‘oops we missed this’ clean-up.

Claire reports into Nigel, who runs the corporate actions teams. They do all the posting and share certificates and resolutions. It doesn’t make sense that the reconciliations team report into him necessarily, but operations was slimmed down as part of cost-cutting a few years back and there was nowhere else to put them and Nigel didn’t mind. More people equals more budget, which is no bad thing when climbing the greasy pole.

Nigel also has the teams doing net asset valuations and that’s sort of why he has the reconciliations team, though they don’t really work together day to day.

Nigel reports to Mark who runs all of fund accounting excluding IT because that’s a different reporting line, and although he knows reconciliations happen, he doesn’t know what tools they use, whether they have a process to see a break in a trade and go ‘this isn’t going to break just here, let’s fix it across the board’ (they don’t) or who Bob is.

Fund accounting reports into Susan, the head of securities. She came from the client/sales side, so she has no idea what happens in the corporate actions team other than ‘corporate actions’ and she knows it’s back-office stuff and rather manual and it needs to keep happening. She also knows it is not the ‘high-value’ work her teams do.

Susan rolls up into Ken, the regional head of asset servicing, who probably goes months without having the reconciliations function mentioned.

Maybe she reports into Jeff, the executive vice present for a combination of client types who consume these services, who then reports into Bradley, chief something or other officer in charge of financial markets who then rolls into Gary, the CEO. Neither Jeff nor Bradley, nor indeed Gary, spend time thinking about how the bank does reconciliations because they have bigger, high-value problems to worry about.

Bob knows who Jeff and Gary are but of course he has not, and will not, ever meet them. And he knows the names of the folks a few layers above Claire, his boss, but it gets a bit hazy after that until you get to Jeff and Gary. Who they are, what they do, how it all fits together. But that doesn’t matter all that much because what he does day in, day out is both deeply technical and highly repetitive, so it becomes rather self-contained unless a big thing changes. A system change. A big systemic event. Claire being promoted and a new Claire coming in.

And this structure could be further enlarged and complicated by history (acquisitions, mergers, client demands or regulatory change and consulting recommendations), tooling and technology (if Bob is doing reconciliations on an Excel spreadsheet, then there will be dozens of Bobs and there will definitely be some team leads between him and Claire and on and on).

Why am I telling you all this?

First of all, because it’s true. And it is most of what banking looks like when it’s at home.

But also because for Bob, digital transformation is not a relevant reality and he probably has never heard of fintech.

Let’s face it, digital transformation starts where it’s visible and focuses where it’s high value and, if it ever gets to Bob, it will be to eliminate the need for him and his colleagues.

But I have two questions we need to ask ourselves ideally before we get to Bob:

– What happens to Bob next?

Where is our reskilling and upskilling awareness? What will Bob do next to feed his family after we’ve ‘realised’ the cost saving in the shape of Bob and his team not being needed anymore?

– Given that we followed Bob all the way out to the top of his food chain, and a long chain that was, and Bob’s isn’t the only department out there, what does the world look like in real terms?

There are thousands of permutations here and dozens of ‘ladders’ leading from the CEO to thousands of Bobs. Similar ladders leading into the recesses of operational teams doing narrow but essential, albeit unglamorous, tasks. I am just wondering: are we sure that whoever is driving the digitisation work that will eventually and inevitably eliminate Bob is aware of what Bob is doing all day? Just to ensure nothing is missed across the tens of thousands of Bobs across the hundreds of teams in back offices keeping banking humming along doing stuff like bond coupon issuance that everyone knows is happening but nobody necessarily stops to think that humans actively do it. But they do.

Most of banking happens by human intervention. Not tech. Not magic.

So as digital transformation unfolds, the dirtiest secret we will need to face into is how deep the recesses of untouched territory reach. We speak of legacy tech a lot. But a lot of banking work is low to no tech. Just saying. Make sure you have a plan before you fire Bob.

You see layers upon layers of overhead, perhaps, and you almost certainly see inefficiency or lost opportunity or lack of connectivity and alignment.

Before you deploy the new system, slim it down. Streamline it. Fix it.

So that the next time a new Bob walks into the building to start a new job, whatever that is, they don’t feel crushed by a behemoth of layers, rising into a lofty pyramid at the bottom of which is Bob and at the top is Gary and neither has any idea how the two fit together.