Mexico-based credit card-led fintech Stori has raised $125 million in an oversubscribed Series C round, one of the largest such rounds to date in Latin America. 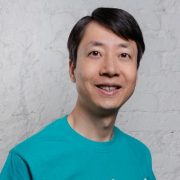 The round was co-led by GGV Capital and growth-stage investor GIC, with participation from consumer tech-focused funds, General Catalyst and Goodwater Capital, and Mexico-based Tresalia Capital, with its first fintech investment.

There was also support from previous Series A and B round investors, Lightspeed Venture Partners, Vision Plus Capital, BAI Capital and Source Code Capital.

Since its Series B in February 2021, Stori has become a top issuer of new credit cards in Mexico. More than two million Mexicans have applied for a Stori credit card.

Over the next year, Stori is committed to investing the $200 million raised to triple in size and broaden its suite of products to “address customers’ needs and fulfil its mission of democratising financial access for millions of underserved consumers in the region”.

Stori co-founder, Marlene Garayzar, says the company plans to expand its team significantly, “doubling down on training and development opportunities, while building a sustainable infrastructure across all teams that fosters diverse thinking and an inclusive culture”.

Mexico and Latin America are viewed as among the largest fintech opportunities, with over 400 million underserved consumers.

Stori was set up in 2019 and is focused on expanding access to credit cards for mass-middle and emerging-middle income populations.