Recently, I saw a story in the news that caught my attention. Speaking to MPs at a Treasury Committee meeting, Starling CEO Anne Boden said open banking “has not been a success”. 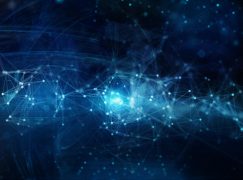 Open banking’s success should be measured by its global impact

I couldn’t believe what I was seeing. One of the heroes of digital banking was telling MPs that the initiative had failed because gaining access to their data did not incentivise consumers to switch accounts.

She went on to say: “Open banking is a lesson of us trying to make something work when halfway through the project, we realised it wasn’t going to work.”

At that point I relaxed because I then understood what she meant. Open banking has not been good for big banks, and she is of course right. Supporting open banking has cost these banks a lot of money and has opened up a lot of competition that primarily have sought to give customers better banking engagement and innovation.

For example, some of these new players are:

History will also tell us that it is way too early to determine whether open banking has failed or succeeded. In the dot-com era, I saw a number of banks spending billions of pounds creating “online-only banks”, only to have to close them down later because of poor take up.

When the dot-com bubble burst, I remember senior bankers making similar comments to Boden’s. However, fast forward 20 years and we have many new banks, Starling being one of them.

Open banking wasn’t created to help banks increase their hold on customers, it was designed to drive competition and create innovation for customers who had been starved by the monopoly of incumbent banks.

While banks may feel hard done by, it is the failure of banks to create innovation from open banking that should be discussed. Open banking should be seen as a lesson for banks. Fintechs were first to realise two of the biggest opportunities:

The greatest gift that the internet has brought us is transparency, which is something many legacy organisations and leaders have struggled with. It reminds me of Stan Lee’s famous Spiderman quote: “With great power, comes great responsibility.”

Open banking’s success cannot be measured by the 4 million active users or the billions of API calls made to banks for customer data in the UK. We have to look at the impact globally, with so many countries now driving their own open data initiatives, often going beyond what Europe initiated with its whitepaper in 2014.

Yet even then the impact of open banking is understated. Open banking is accelerating open data initiatives in many other sectors, from property to utilities and healthcare. Hence its impact is a transformation on the scale of the industrial revolution, which clearly is going to take time to fully play out.

Banks have been gifted support from governments not only during the credit crisis, but also through loan capital provided to help support businesses during Covid. It’s now time for banks to support the government and their customers, not to undermine new initiatives that support a greater good.

I’m just saying that this reminds me of another saying I heard a lot in the dot-com era: “When you see a huge bandwagon, it’s better to get on board it than to stand in front of it.”