Buy now, pay later (BNPL) platform Zilch has raised $110 million in a Series C funding round, valuing the company at more than $2 billion. 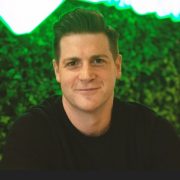 The provider says it has gone from Series A to unicorn status faster than any other European company.

The Series C round was led by Ventura Capital and Gauss Ventures with existing investors Goldman Sachs, among others, also participating.

The cash will used to support the paytech’s foray into the US, improving the platform, expanding its customer base and building customer loyalty programmes.

The company also has plans for a hiring spree in Miami, where its US headquarters are located, and across the US.

In August, Zilch acquired fintech start-up NepFin for an undisclosed sum in preparation for its US debut.

The month before, the London-based fintech raised $110 million in debt and equity funding in an extension to its Series B funding round.

Since that Series B started in March, Zilch claims the business has grown more than 800%, with its customer base growing from zero to one million in just 13 months.

Zilch claims its direct-to-consumer model allows the company to build relationships with customers and its Open Banking Technology means they only lend a user what they can afford to pay back, preventing problematic debt.

Zilch founder and CEO, Philip Belamant, says: “While we’ve achieved phenomenal growth in the U.K., there is tremendous opportunity in the US market.

“Our unique model allows us to disrupt the network effects setup by incumbents and scale at speed as we sell through social rather than through sales teams.”

Zilch was one of the first BNPL providers in the UK to receive a consumer credit license from the FCA and it secured a lending license in California earlier this year.