London-based fintech Zilch has raised $110 million of debt and equity funding in an extension to its Series B funding round. 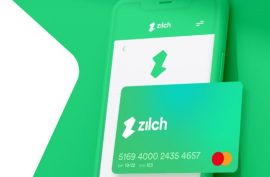 Zilch has now raised around $230 million in total

The buy now, pay later (BNPL) firm initially announced its Series B round back in April, raising $80 million.

Founder and CEO, Philip Belamant, says the extension comes as a result of “phenomenal demand” for its BNPL product.

This latest funding has been led by Goldman Sachs Asset Management and DMG Ventures and takes Zilch’s total raised to around $230 million.

Zilch claims the extension makes the company “one of the best funded European fintech start-up’s at the Series B stage”.

It adds the investment will be used to accelerate its growth in the UK and fund the launch of its services in the US.

Founded in 2018, Zilch’s BNPL app allows customers to shop wherever Mastercard is accepted and spread payments out over six weeks.

It is one of the first BNPL providers in the UK to be fully regulated by the Financial Conduct Authority (FCA).

The firm says its use of open banking technology combined with soft credit checks allows its app to give recommendations of what customers can afford and help prevent problem debt.

The deal highlights an increasing appetite for BNPL offerings following Klarna’s $639 million mega-raise in June and a recent report by Bloomberg suggesting Apple and Goldman Sachs are in talks to launch a BNPL service.