According to a report from Bloomberg, Apple is working with Goldman Sachs on a service that will allow consumers to pay in instalments for any Apple Pay purchase, rivalling buy now, pay later (BNPL) offerings from the likes of Affirm Holdings and PayPal. 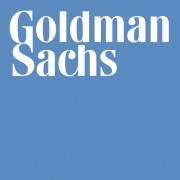 Apple already offers monthly instalments via the Apple Card for purchases of its own products, but this service would expand that option to any Apple Pay transaction.

The move would potentially enhance the use of the iPhone to pay for items as an alternative to credit cards. Apple receives a percentage of transactions made with Apple Pay.

According to insiders, users will have the option to pay either through four interest-free payments made every two weeks, or over several months with interest. Details about the interest charges are awaited.

Affirm shares fell 10% on Tuesday on the news while PayPal recovered losses to end marginally down. The interest-free instalment plans could also rival the likes of Afterpay, Klarna Bank and Sezzle. Afterpay shares fell 9.6% in Sydney on Wednesday morning.

The report adds that users of the Apple Pay Later service will need to be approved via an application submitted through the iPhone’s Wallet app, where they will also be able to manage their payments. Users will need to submit ID details to apply. Apple will also reportedly offer early exit payment options.

While so far unconfirmed, in an earnings call on Tuesday, Goldman’s CFO, Stephen Scherr, said he felt there were “more opportunities to be had with Apple”.