It is intended that Patriot Bank will adopt American Challenger’s technology platform for its operations, driving efficiency improvements. 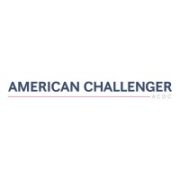 The digital bank was formed in January 2020

The deal has been approved by the boards of both parties and is expected to close in the first quarter of 2022.

American Challenger was formed in January 2020 as a new digital national bank based in Stamford, CT. Its platform has been built working with a number of providers, including Temenos, Mortgage Cadence, Wolters Kluwer and Wealth Dynamix. Its implementation porter was Cognizant.

The adoption of the platform by Patriot Bank is intended to bring a technology cost structure that is largely fixed, in contrast to the typical more variable outsource cost structures at most US banks.

Intended business benefits include connecting with customers via video, account opening and funding initiation in under a minute, and faster closure of mortgages.

As part of the financial terms, Patriot Bank has entered into separate agreements with investors to provide $540 million as part of a $890 million merger recapitalisation. American Challenger common stockholders will receive shares of Patriot common stock as consideration and American Challenger preferred stockholders will receive cash. The implied total transaction value of the deal is approximately $119 million.

Michael Carrazza, chairman of Patriot, says: “The combination transforms Patriot into what will become the largest digital bank in the US.”

Raymond J. Quinlan, board member and CEO of American Challenger, will serve as CEO of the combined entity. Carrazza will remain a director of Patriot.

Patriot Bank was founded in 1994. It operates nine branches, along with other outlets. Immediately prior to the completion of the merger and the recapitalisation, Patriot will change its jurisdiction of incorporation from Connecticut to Delaware.