The fintech SPAC boom: could London be next?

Following the huge surge in SPAC deals last year in the US, the UK’s Financial Conduct Authority (FCA) is taking measures to help put the country on the map. 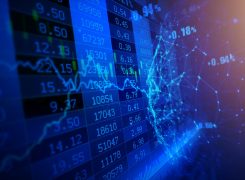 Last year was an extremely busy period for M&A deals and IPO listings, especially within the fintech space. During this time, there was a fresh wave of companies that decided to go public via a Special Purpose Acquisition Company, or SPAC as it is better known.

For those that have somehow managed to miss this buzzword over the past 12 months, a SPAC is a ‘blank cheque company’. It’s a shell corporation that lists on a stock exchange with the purpose of acquiring a private company.

This enables the private company to become listed itself without going through the traditional initial public offering (IPO) process.

The US is topping the charts

But why are they so popular? SPACs have quickly become the perfect solution for private companies that might not entirely meet the requirements for a traditional IPO listing or acquisition.

Going down this route can also save companies both time and money. This is particularly helpful for young, high-growth companies that need a SPAC to be ready for public trading.

In the US, the number of SPAC deals continues to significantly outweigh those in the UK and Europe. According to data by Refinitiv, Europe completed only 12 SPAC IPOs worth $3.9 billion from January to May 2021. In the same period in the US, there were 331 SPAC IPOs worth $98.5 billion.

This is because SPACs are currently structured differently in the US compared to the UK. With SPACs on the New York Stock Exchange, investors are able to redeem their shares if they are not satisfied with the target company being acquired.

However, in London, this is not possible and all trading is suspended once the merger is formally announced.

Interestingly, a large majority of these SPAC deals took place in Amsterdam and Frankfurt. London, on the other hand, has long been a cold spot for activity. That is, until now it seems.

The FCA is paying attention

To entice healthy capital flows into the industry, the UK needed to take a fresh look at its approach to more exotic financial instruments such as SPACs.

Fortunately, the FCA has announced a number of changes to promote investor protection and the smooth operation of markets in relation to SPACs. These changes will dramatically improve the attractiveness of the London Stock Exchange for companies that are deciding to go public this way.

From 10 August onwards, the relaxing of the UK’s listing rules should help to balance the playing field. The FCA is reducing the minimum amount that SPACs need to raise – from £200 million to £100 million – to help them become more accessible.

In exchange for greater flexibility, SPACs will be obliged to better safeguard their investors with new rules that allow for easier exiting, ring-fencing of funds and time limits on an operating period if an acquisition is not completed.

The changes from the FCA are certainly welcomed by the industry. As a key international market, the UK could not afford to stand back and give their blessing for UK and European companies to go across the pond to Wall Street for an easier listing process.

With this more flexible regulation, there is now definitely a place for the UK in the market long term – especially for the sub-billion SPACs.

He has previously worked at private equity firm Apax Partners and as an investment banker at JP Morgan’s M&A Group.