UAE-based Verity has closed an $800,000 pre-seed round ahead of its planned launch as a family banking and financial literacy app built for the Middle East. 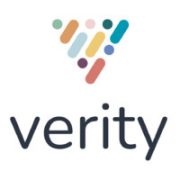 The capital round was backed by regional venture capital firms including VentureSouq, Wamda, and Beyond Capital, plus contributions from prominent angel investors.

Founded by Omar Al Sharif, Dina Shoman and Kamal Al-Samarrai, Verity is set to launch in the fourth quarter of 2021. The mobile app will enable children and teenagers (aged between eight to 18) to build core money management skills such as how to earn, save, give, and spend responsibly with full parental supervision.

Key features of the app will include a pre-paid debit card, digitised allowance, chores management, and saving goals. Through subscription-based family plans, parents can create sub-accounts for their children, which they can monitor and control as primary account holders.

Verity says the investment will support its launch in UAE before the end of this year, with expansion across the region planned for 2022.

Verity is based in the Dubai International Financial Centre (DIFC). Co-founder, Al Sharif, says: “Our mission was very clear from day one – to make the next generation more financially conscious and financially independent. Verity is built in the region and for the region, so it was important for us to create an app that encompassed our Middle Eastern culture and values, in addition to global citizenship.”

Children will have the options of saving their money, contributing to a cause of their choice, and spending money using the personalised pre-paid debit card which can be used to make purchases online and in stores. Parents will be notified of all transactions, allowing them to monitor and adjust parameters as needed.

Shoman says: “Financial literacy is a basic life skill which, unfortunately, we aren’t taught early on, if ever. However, it’s been proven that kids can grasp simple financial concepts from a very young age, and that one of the most effective ways for them to learn is by doing.”