Mydoh, a start-up wholly owned by Canada’s largest bank RBC, has launched a banking offering for children and teenagers aged 8-18.

The fintech was co-founded by Faria Rahman and Gaurav Kapoor at the bank’s start-up venture arm, RBC Ventures. 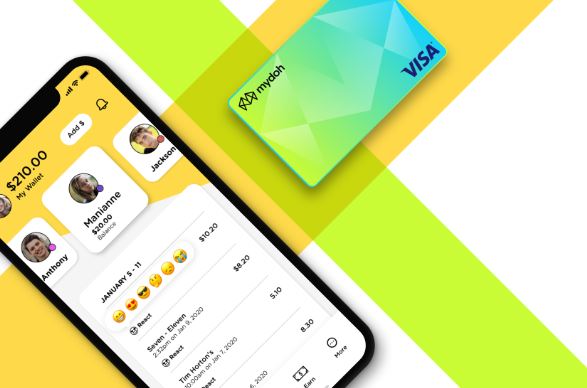 “Our main aim is not to be another bank, but to make it fun,” says Rahman

Launched more than two weeks ago in Canada, the initial offering lets parents sign up and invite their kids who get a virtual smart card which can be pushed to a digital wallet such as Apple Pay.

The accounts are currently only available to RBC customers on iOS, and the start-up has done no marketing to date. Because the app moves money around, it will eventually need its own identity verification systems if it wants to offer the service to non-RBC customers, as currently it leans on RBC credentials to verify customers.

“We’re working on that now,” Rahman tells FinTech Futures. “Hopefully we’ll bring in all users by the end of the year.”

The app also has a social element to its payments, allowing parents to react to their kids’ spending with different emojis – be that a frown, a question mark, or a thumbs up.

“Our main aim is not to be another bank, but to make it fun,” says Rahman. “We don’t want to just offer a tactical product, we’re already part of a bank so we don’t need to be one. I always tell my team – we are in the industry of changing people’s behaviour.”

The start-up will continue to build on its product to incorporate a gamified financial literacy element called ‘Mydoh Play’ over the next couple of months. “We need to give kids the theoretical behind the doing,” says Rahman.

The app is completely free of charge, but Rahman says the start-up is working on a monetisation strategy which it will reveal at a later date. 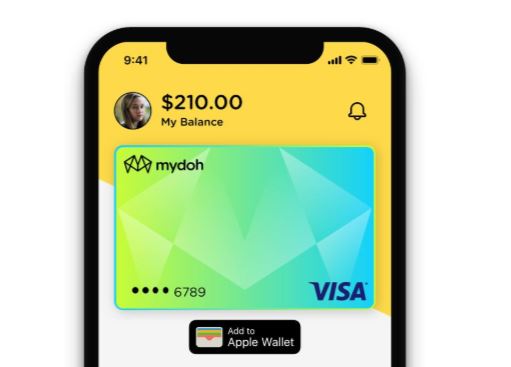 “We wanted to ensure we could move the money, so kids are using real money”

One example illustrated during its research phase was that a 10-year-old did not know what a landlord was, and that financial knowledge was not necessarily best measured by age, but by the upbringing a child might have.

“I think 8-18 is a really broad age range,” says Rahman, explaining that the task and chores feature on the app would be for anyone under 13, but 14-and-overs can get a part-time job in Canada, so this feature is not so much geared towards them as the smart card is.

For the financial literacy side of the app, Rahman says it is “for different segments of kids as opposed to [different] ages only”, explaining that children’s knowledge of money is more likely to be informed by their parents’ knowledge, rather than by their age.

Mydoh has been in the works for just under a year and a half with a team of roughly 11. “We do have a leg-start in Canada,” says Rahman, claiming that none of its competitors can move money around within their app.

“That’s what took us so long – we wanted to ensure we could move the money, so kids are using real money.”

Being backed by RBC, Mydoh has no plans to raise funding, and for now it is focusing its efforts on Canada. “We want to grow as big as we can, but we’re not sure on geographic expansion yet as we are aware of the regulatory preparation for product roll-out [overseas],” says the co-founder.

Read next: Mambu snaps up MD for North America arm from Finastra