Argentinian fintech Ualá has agreed to purchase Mexican bank ABC Capital as it looks to speed up its growth plans in the North American country, according to a report by Reuters. 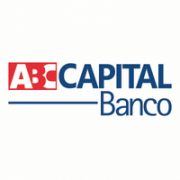 The bank is headquartered in Mexico City

The company launched in Argentina in 2017 before expanding its services to Mexico last year.

In August, the fintech raised $350 million in a Series D funding round co-led by Chinese technology giant Tencent and Japanese investment firm SoftBank, reaching a valuation of around $2.45 billion.

Ualá CEO and founder Pierpaolo Barbieri said at the time he hopes to “bring Latin American financial services into the 21st century”.

In a recent blog post, Barbieri says “the team has grown 263%” since its launch in Mexico.

He adds the company hopes to boost financial inclusion in a region “where almost half of the adult population does not have access to the financial system”.