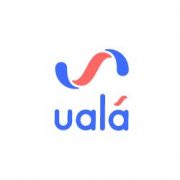 Ualá says the Series D is the “largest private investment round in history for an Argentine company” and takes its valuation up to $2.45 billion, earning it unicorn status. The fintech has now raised around $544 million in total.

The company launched in Argentina in 2017 before expanding its services to Mexico last year.

In a blog post on the company’s website, founder and CEO Pierpaolo Barbieri writes the investment marks an “historic day” as Ualá looks to “bring Latin American financial services into the 21st century”.

He says: “We continue working so that there are no longer people outside the system: there are too many people in Latin America who do not have access to an account, a digital payment method, to save, to take a loan and more. That hurts our societies and our republics.”

He adds the funding will be used to “continue creating technology, improve our product and continue betting on generating employment in the region”, with plans to boost staff numbers from 1,000 to 1,500 by the end of the year.