International hiring and payments platform Deel has raised $425 million in a Series D funding round, valuing the company at $5.5 billion. 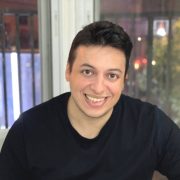 The round was led by US-based Coatue, with several new and existing investors also participating including Altimeter Capital, Andreessen Horowitz, the YC Continuity Fund, Spark Capital, Greenbay Ventures and Neo.

Deel, which hit unicorn status earlier this year following a $156 million Series C round, says the latest raise makes it the highest valued company in the hiring, payments and compliance space.

The company has now raised more than $650 million in total capital.

Founded in 2019, Deel’s platform provides onboarding capabilities, payroll, HR, compliance, perks, benefits and other functions needed to hire and manage global teams. It currently allows businesses to pay their teams in more than 120 currencies without the need for a local entity.

The firm reports more than 4,500 customers in over 150 countries, including Coinbase, Intercom and Shopify.