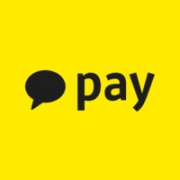 The firm claims to have 36 million registered users

The firm says it’s looking to raise KRW 1.63 trillion ($1.4 billion) from the IPO, scheduled to debut on KOSPI on 12 August.

The main underwriters for the deal are Samsung Securities, JP Morgan and Goldman Sachs, with co-underwriter Daishin Securities.

Internet company Kakao first launched the payment service in 2014 with integration with their messaging app, KakaoTalk.

Kakao has since expanded into other financial services, launching its own online bank in 2017, Kakao Bank, which is itself planning to raise $2.3 billion in its own IPO.

Kakao Pay was also established in 2017 to run the payment services operated by the company.

It now claims to have 36 million registered users with an annual transaction volume of KRW 67 trillion ($59 billion) last year.

The news comes just a week after Viva Republica, the South Korean technology firm behind super app Toss, raised $410 million at a valuation of $7.4 billion.

Viva Republica is pushing ahead with the launch of Toss Bank, a neobank slated to appear in South Korea around September this year.