The bank says the partnership is part of its “embedded banking transformation”. Whilst the two are calling it the “first” solution of its kind, similar solutions – such as Zelf – have already launched in Europe. 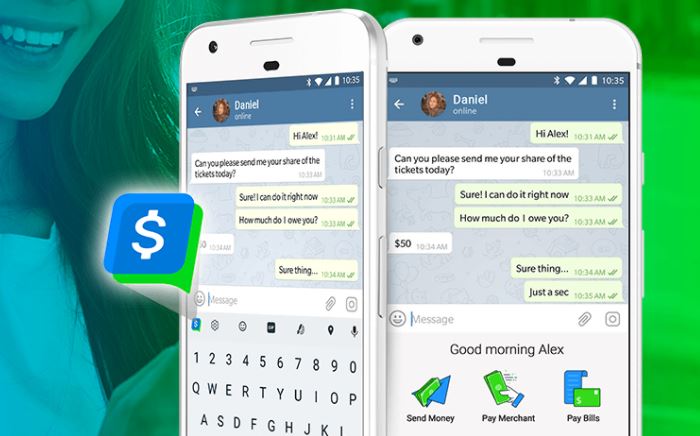 Users can use their keyboard to access account balances, and transact from multiple checking accounts with different Korean banks

The bank says it already works with PayKey and is expanding its partnership.

The solution launch follows South Korea’s formal launch of open banking in December. Since launch, the country has said 20 million of its population is now using open banking services.

The new integration with PayKey allows mobile banking users in Korea to manage and send money via their keyboard “in any mobile app”. The bank references KakaoTalk and Naver – which power major direct messaging apps in South Korea, as well as WhatsApp.

Users can use their keyboard to access account balances, and transact from multiple checking accounts with different Korean banks.

The bank intends to extend the solution to investment accounts, trading apps, and non-banking financial services.

The trend of social banking

“[They must] provide the financial services customers need when and where it’s most convenient for them,” says Sheila Kagan, PayKey’s CEO. PayKey works with more than 20 banks globally, including HSBC, and ING.

The fintech tackles a huge problem facing banks. That is, their banking apps getting uninstalled within the first 30 days of download.

“Revolut requires a 350+ MB app to do banking and uses DHL to ship its cards – we eliminate this waste,” founder and CEO of Zelf, Elliot Goykhman, told FinTech Futures in April.

Asked whether he thinks people will be hesitant about doing all their banking through a messaging app, Goykhman pointed out how people already use these apps.

“People already trust these apps to discuss their private lives and send naked pictures, so it’s not as big of a leap as people in the industry might think,” he said.