Zelf, a Latvia-headquartered fintech, is gearing up for the imminent launch of its no-card, no-app banking account in France and Spain.

With more than 58,000 sign ups waiting in the wings since its pre-order launch 11 days ago, the fintech is strongly positioned for its official launch in June. The offering is simple – it’s a bank account and virtual card which can be operated through instant messengers.

“We have migrated into the top screen time for Gen Z’s and millennial’s – messaging apps,” founder and CEO Elliot Goykhman tells FinTech Futures.

Goykhman has worked at major banks including Deutsche Bank, Barclays and BNP Paribas, before spending the better half of the last ten years at a series of Eastern European banks including MDM Bank, B&N Bank, and Alfa-Bank.

He says regulatory pressures, competition due to transparency of rates and onboarding have all caused banking margins to shrink over the years, which caused challenger banks to cut costs by eliminating branches and ATM networks.

But Goykhman believes they can cut in different areas. ““Revolut requires a 350+ MB app to do banking and uses DHL to ship its cards – we eliminate this waste,” he says.

Zelf’s default offering won’t require a physical card, but users can order one if they want. “We’re trying to ween them [users] off plastic,” says Goykhman.

And as for the app, Zelf figures it doesn’t need one. Banking apps getting uninstalled within the first 30 days of download is a big problem for both digital and incumbent banks. 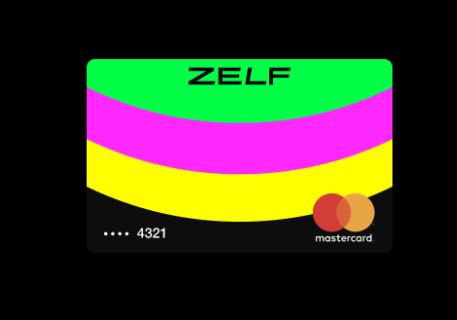 With every new recipient transaction, the fintech will onboard a new customer

The fintech has decided to integrate with messaging apps instead of creating its own app, to save users’ phone storage and – it hopes – to tap those users potentially fenced out from banking apps which require certain updates or phone models to download them.

The integration will work by displaying buttons at the bottom of the messaging apps which will have labels such as ‘balance’ and ‘send money’.

Certain phrases sent via text or voice through the messaging apps, such as ‘send X amount to X’, will automatically connect to the user’s address book, check the correct recipient, and then send the transfer.

With every new recipient transaction, the fintech will onboard a new customer. Goykhman says the pre-order process is taking as little as 16 seconds for some users, which includes one-time password and phone number authentication.

Asked whether he thinks people will be hesitant about doing all their banking through a messaging app, Goykhman points out that people already trust these apps to discuss their private lives and send naked pictures, arguing that it’s not as big of a leap as people in the industry might think.

Zelf will offer two-factor authentication via an optional companion app to those users particularly concerned about security.

The fintech says it will make its money through interchange fees, premium account fees and – toward the end of this year and early next year – from loans, credit cards, and voice memo-activated invoices to help the gig economy.

So far, the fintech has seen a lot more traction from Spain than from France on its waiting list, but Goykhman points out that the fintech still has more than a month left to go until launch.