The fintech arm of South Korean payments firm, Danal, has announced it will accept cryptocurrency.

The payments provider will accept digital currencies via ICON’s blockchain ecosystem, which is backed by global accelerators, and crypto-focused VCs such as Pantera and Kenetic Capital.

Danal claims to be the first major payment service in Korea to accept cryptocurrency. The fintech arm’s CEO Ted Hwang says its Paycoin app – which launched last year – is “one of the first virtual asset apps being used commercially in Korea”. 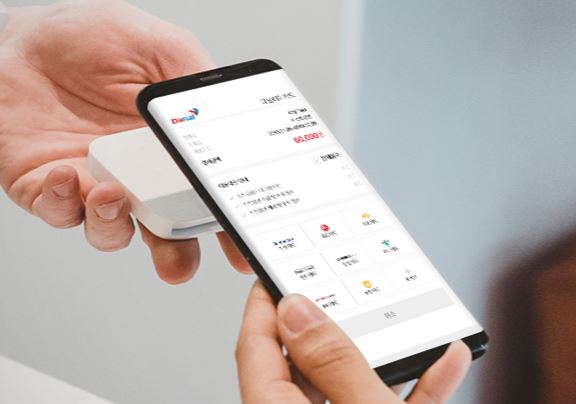 Danal’s some 750,000 users of its remittance and global payments app will now be able to pay in ICX

Danal also claims it accounts for half of the market share in South Korea’s mobile billings, equivalent to $5.5 billion annually.

Currently some 60,000 merchant partners accept ICON’s ICX token. These include major brands such as 7-Eleven, KFC and Domino’s Pizza.

The platform provides interoperability between blockchain networks. Participants can run their own distributed ledger, whilst still communicating with each other via the ICON ecosystem.

Danal’s some 750,000 users of its remittance and global payments app will now be able to pay in ICX.

Danal Fintech will also become an ICON public representative, or ‘P-Rep’. This means the South Korean payments provider will help to keep the network stable with technical infrastructure support.

PayPal is currently weighing up acquisitions in the cryptocurrency space and is allegedly eying up bitcoin custodian BitGo.

News of the payment giant’s acquisition play, first reported by Bloomberg, follows the unveiling of its wallet feature which will soon allow US users to buy, sell and store a host of cryptocurrencies.

The payments giant partnered with Paxos Trust, a rival of BitGo, to deliver the service.

Come early 2021, the move will also see users able to spend cryptocurrency via their PayPal wallet at all 26 million merchants in the payment giant’s network. Around the world, PayPal has roughly 346 million customers, according to Statista.

Danal signs another deal with UnionPay

Despite the ban on cryptocurrency within China, Koreans will – in theory – be able to use the card when traveling to mainland China.

According to Ledger Insights, this is the purpose of the alliance – to enable Korean’s to spend PayCoin internationally and reduce foreign exchange fees.

Acting as UnionPay’s Korean payment gateway, Danal will allow the Chinese card issuer to tap 100,000 retail outlets and 80,000 online merchants with the card.