Cover story: breaking with tradition – how Minna Bank is disrupting the Japanese system. 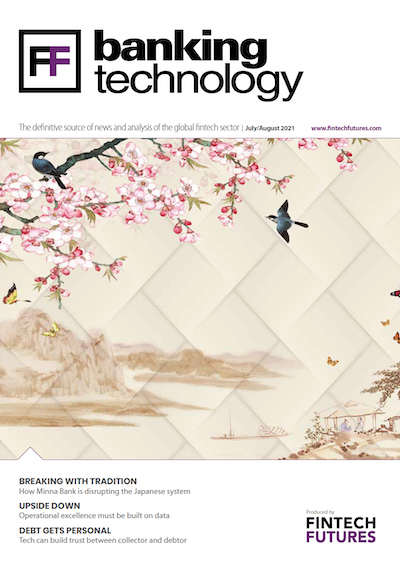 There will be no slowing down for summer in the challenger banks world!

In the UK, JP Morgan snapped up wealthtech Nutmeg, the country’s largest digital wealth manager. The value of the deal is understood to be around £500-700 million. Nutmeg will complement the upcoming launch of JP Morgan’s own digital bank in the UK, Chase.

In the Middle East, Saudi Arabia has granted two digital banking licences to new financial services firms – one run by a telco and the other by a real estate firm.

In India, FamPay is building the country’s first neobank for teenagers – around 40% of the Indian population is below 18. It already claims two million registered users in the eight months since its launch and has recently raised $38 million in Series A (you can read more about FamPay’s raise on p26-29, as well as other notable fintech funding stories from around the world).

In Japan, digital start-up Minna Bank is keen to disrupt the traditionally conservative domestic market. Furthermore, it intends to turn its in-house and Accenture built core system into a commercial offering in its own right (read our exclusive interview with the bank’s president and COO on p16).

As always, there is lots more from the world of banking and tech on the pages of the magazine. And, as always, we hope you find this edition of Banking Technology interesting, informative and useful!