US banking giant JP Morgan has acquired London wealthtech Nutmeg as it looks to continue its expansion in the UK. The value of the deal has not been disclosed but is estimated to be £500-700 million. 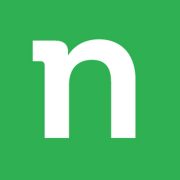 The cost of the acquisition is so far undisclosed

With more than 140,000 clients and over £3.5 billion in assets under management, Nutmeg is the UK’s biggest digital wealth manager.

In a statement released earlier today, Nutmeg CEO Neil Alexander says the firm “will form the bedrock of the bank’s retail digital wealth management offering internationally over the long term”.

Nutmeg will complement the launch of JP Morgan’s digital bank Chase, which is due to launch in the UK later this year.

Commenting on the acquisition, Sanoke Viswanathan, CEO of international consumer at JP Morgan, says: “We are building Chase in the UK from scratch using the very latest technology and putting the customer’s experience at the heart of our offering, principles that Nutmeg shares with us.”

Viswanathan adds that the bank will continue to support Nutmeg’s “innovative work in retail wealth management”.

Nutmeg’s current products and services will be unaffected by the deal, which is due to be finalised later in the year.

Related: Has JP Morgan Chase learnt the lessons of Finn and Bó?