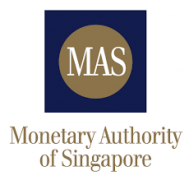 It represents another breakthrough in this rapidly expanding sector, with multiple central banks and other participants pursuing pilots alongside cryptocurrency and stablecoin initiatives.

The two participants in this latest pilot believe the approach offers considerable potential to simplify integration and improve cost efficiencies, with a single connection to a common platform replacing the multiple connections needed in the current banking model.

The experiment was supported by JP Morgan’s blockchain innovation lab, Onyx. It simulated cross-border transactions involving multiple CBDCs (m-CBDC) on a common network between Singapore and France. This is the first m-CBDC experiment that has applied automated market making and liquidity management capabilities to achieve cross-border payment and settlement efficiencies.

The experiment used a common m-CBDC network aimed at facilitating cross-border payments on a 24/7 real-time basis.

This is a potential alternative to correspondent bank arrangements that are subject to limited transparency on FX rates, have restricted operating hours of payment infrastructures and cause currency settlement delays due to different timezones.

The experiment simulated cross-border and cross-currency transactions for a Singapore Dollar (SGD) CBDC and Euro (EUR) CBDC, and was conducted using a permissioned, privacy-enabled blockchain based on Quorum technology.

In addition, the common m-CBDC network enabled the two central banks to have visibility on cross-border payments while retaining independent control over the issuance and distribution of their own CBDCs.

The experimental m-CBDC network incorporated an automated liquidity pool and market-making service for EUR/SGD currency pairs. The use of smart contracts automatically managed the EUR/SGD currency exchange rate in line with real-time market transactions and demands.

By potentially reducing the number of correspondent banking parties involved in the payment chain for cross-border transactions, the number of contractual arrangements, the KYC effort and the associated costs could be reduced.

While the experiment was limited to two central banks, the design of the m-CBDC network enables it to be scaled up to support the participation of multiple centrals banks and commercial banks in different jurisdictions.

In a statement, Valérie Fasquelle, director of infrastructures, innovation and payments at Banque de France, described the approach as “an opportunity to construct arrangements for multiple CBDCs models, improving cross-border payments and increasing harmonisation of post-trade procedures”.

“It charts the path for scalable CBDC networks where central banks and commercial banks can work together to achieve the vision of cheaper, safer and more efficient infrastructure for cross-border payments.”