Blockchain start-up Securitize has raised $48 million in a Series B funding round co-led by banking giant Morgan Stanley and Blockchain Capital. 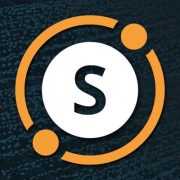 The funding comes ahead of the company’s planned launch of Securitize Markets, a marketplace designed for the trading of digital asset securities.

It says investors will receive their shares in the form of digital asset securities issued by its platform.

“Securitize developed incredible partners during our Series A round last year, both in venture capital and at major European and Japanese financial institutions,” says Securitize CEO and co-founder Carlos Domingo.

“That they have been joined in our Series B by a major US investment bank and the largest trust bank in Japan, as well as additional top VCs, demonstrates that confidence in the adoption of digital asset securities is increasingly mainstream.”

As part of the investment, Pedro Teixeira, co-head of Morgan Stanley Tactical Value, will also join Securitize’s board of directors.

“We make long-term investments in businesses and asset classes that are ahead of the curve. Our investment in Securitize is a sign that we believe in the growth and adoption of digital asset securities.”