US payments technology firm FortisPay has announced the addition of three new executives to its C-suite. 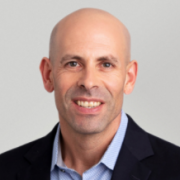 Greg Cohen, FortisPay’s executive chairman, will take over as CEO, with Dennis McLaughlin and Ashley Usher joining as CFO and chief integration and information officer respectively.

Cohen served as the executive chairman of the organisation for 18 months prior to being appointed CEO.

He was previously president of fintech firms Paya and iPayment and is a member of the Mastercard, Discover and NACHA advisory boards.

“Greg has extensive knowledge of the commerce ecosystem and a unique ability to scale platform businesses and solutions both directly and indirectly in complex environments,” said Jimmy Nafso, co-founder and executive officer of FortisPay.

McLaughlin will take the helm as the company’s CFO having previously served as the vice president of finance at Berkeley Research Group, Paya, and JP Morgan Chase, as well as the director of finance for Capital One.

New chief integration and information officer Usher has two decades of experience in the digital payments, fintech, and technology industries, including as a partner at TechCXO and vice president at Global Payments.