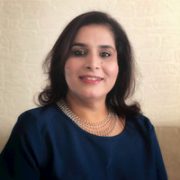 She will take up the position on 1 August 2021 subject to regulatory approval.

Speaking on the appointment, Standard Chartered Group CIO Michael Gorriz says: “Anshu is well placed to drive and deliver the digital agenda which is the foundation of our strategy.”

Anshu is replacing the outgoing Paul Macpherson, who the firm says is leaving to pursue other opportunities. He has served as CIO of CPBB since 2018.

Gorriz adds: “My thanks to Paul for his valued contributions in building a solid foundation for the business and tech teams to partner and drive strategy. We wish him every success in his next chapter.”

Gorriz himself will retire from his role in December this year to concentrate on his external board and advisory roles in Europe and Asia.

The bank announced last month that former ING exec Roel Louwhoff will be taking his place later in the year.