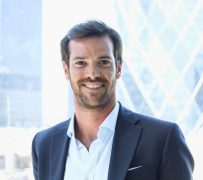 Commenting on his appointment, Ghizzardi says: “The payments world is evolving rapidly, and to stay ahead of the curve it’s vital to provide both the agility of fintechs alongside the security of banks.”

Moneycorp says the appointment comes at a “pivotal time” for the company as it looks to “enhance its digital offering to serve evolving customer needs” following the impact of the COVID-19 pandemic.

Marianne Gilmore, acting CEO, UK international payments at Moneycorp, says: “The explosion in online payments since the beginning of the pandemic has accelerated what was already a fast-evolving global digital payments ecosystem.”

The role will also include exploring new partnership opportunities and launching new technologies for small and medium-sized enterprises (SMEs) and corporates.

Moneycorp has been on a hiring surge so far this year. The company also announced the arrival of former Barclays exec Velizar Tarashev as its new chief financial officer CFO in February and David Yates as its new vice chairman in April.