Al Baraka waves goodbye to IT boss Albalooshi after 12 years

Ahmed Albalooshi, the head of IT and operations at Bahraini banking group Al Baraka Banking Group, is leaving the Islamic institution after 12 years. 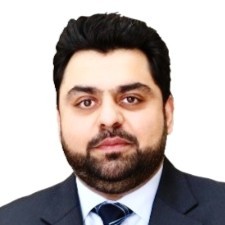 Albalooshi joined the bank in November 2008 after stints managing IT at the Labour Market Regulatory Authority (LMRA) and Bahrain Financial Harbour.

Under his tenure, the banking group signed off on a major rollout of Path Solutions’ iMAL core banking system across several of its international subsidiaries.

Al Baraka also has a number of Islamic banking systems across its operations.

These include Equation from Finastra, Banxware from Future Applied Computer Technology (FACT), and Autobanker from Autosoft Dynamics.

In November 2020, the banking group announced its digital transformation would gain “further momentum” in the coming year.

That momentum is coming in the form of new mobile banking applications, open banking initiatives, and systems modernisation.

The group has also launched a digital-only Islamic bank in Germany, Insha, through its Turkish subsidiary.

“It is hard to say goodbye to a place I called home and my colleagues who were a family to me for the past 12 years,” writes Albalooshi on LinkedIn.

He plans to start an “entrepreneurial adventure”, with the first port of call being the foundation of digital consultancy firm Advantari.

Albalooshi is also starting a training and coaching programme called IT Success Club.